Nearly a year ago, during the Trump administration’s lame duck session, they did something to appease their Christian Right base one last time.

Today, the Biden administration finally took the necessary step to reverse that.

The U.S. government gives money to a number of groups for contract work, but since 1965, any company receiving that federal money can’t discriminate against the people it hires. The only exception was religious non-profit groups that got money to do secular work; they could set their own faith-based rules when it came to hiring.

But last December, Department of Labor Secretary Eugene Scalia, son of the late Supreme Court justice, instituted new regulations that would allow religious discrimination in those federally funded workplaces… even if we weren’t talking about a religious non-profit.

So theoretically, if a Christian man who ran a for-profit cleaning company received a federal contract, he could fire (or refuse to hire) Jews, get rid of workers who got pregnant out of wedlock, or kick out trans employees, all under the umbrella of “religious freedom.” 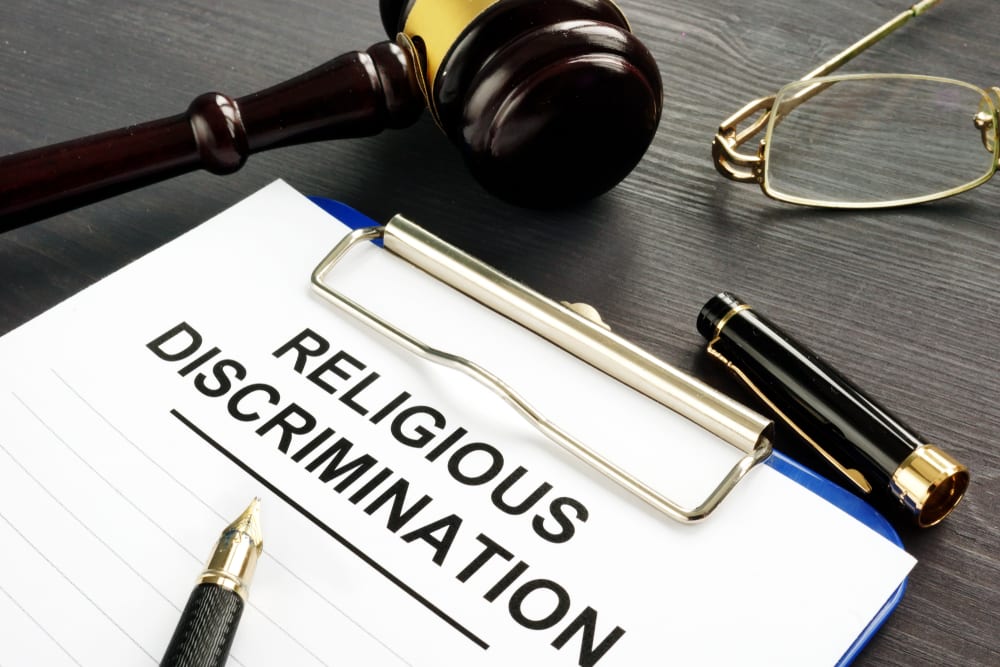 Among other things, the new rules broadened the definition of what a “religious” contractor meant, gave more people the ability to discriminate against employees for dubious reasons, and raised the bar for the U.S. government to take action if someone was supposedly fired for illegal reasons.

Slate’s Mark Joseph Stern explained that the changes “would essentially eliminate executive protections for millions of employees in the U.S.”

That’s hardly an exaggeration. The government gives out roughly $560 billion worth of federal contracts which involve over four million employees. Many of them were now vulnerable to their employers’ whims.

But today, the Biden administration and the Department of Labor proposed a rule change to undo all that.

[The Office of Federal Contract Compliance Programs] proposes to rescind the regulations established in the 2020 rule in their entirety. OFCCP believes that the 2020 rule creates a lack of clarity regarding the scope and application of the exemption because, as explained in more detail below, it misstates the law in key respects. In addition, as a threshold matter, OFCCP has reevaluated the need for the rule. For the 17 years prior to 2020, OFCCP implemented the Executive Order 11246 religious exemption without seeking to codify its scope and application in specific regulatory language.

Basically, they’re going back to the way things were. Just as they should.

Americans United for Separation of Church and State President and CEO Rachel Laser praised the move:

“We applaud the Biden administration for rescinding this harmful Trump-era policy, which allowed for-profit federal contractors to use government dollars to discriminate against workers in the name of religion. The Trump rule made it easier for federal contractors to discriminate against LGBTQ people, women, religious minorities and the nonreligious.

“Our nation promises everyone the freedom to believe as they want, but our laws cannot allow anyone to use their religious beliefs to harm others. No one should be turned away from a government-funded job because they can’t meet a religious test.

“Rescinding this rule is an important step toward restoring religious freedom as a shield and not a license for government contractors to force their employees to live by their beliefs.”

“We applaud the Biden Administration for restoring workers’ freedom of religion,” said Alison Gill, Vice President for Legal and Policy. “The government should never fund businesses that justify discrimination based on religious beliefs. And American taxpayers should never be forced to be complicit in discrimination.”

“Finally, atheists, LGBTQ people, women, and religious minorities will see these important protections restored,” said Nick Fish, president of American Atheists. “Let me be clear: The people who will be complaining about this change do not care about religious freedom — they only care about how they can use religion as a weapon against people different from them.”

It’s the right move and it can’t come soon enough. The Trump-era change was petty, spiteful, and exactly what we’ve come to expect from a government run almost entirely by conservative Christians known far more for who they hate instead of who they love. 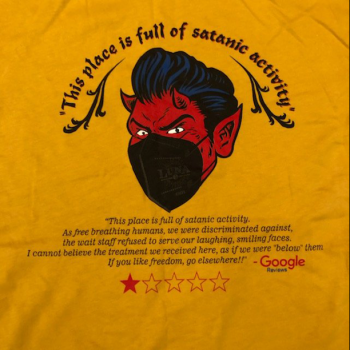 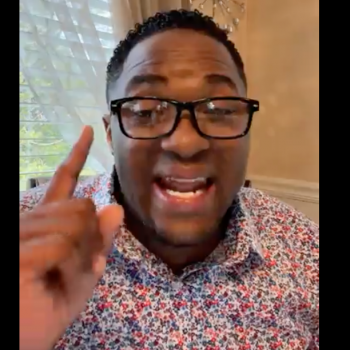 November 9, 2021 Anchorage Mayor Nominates Anti-LGBTQ Pastor to Equal Rights Commission
Browse Our Archives
What Are Your Thoughts?leave a comment