Back in April, we posted about British Columbia’s Mak Parhar, a man the CBC News described as “a vocal member of both the Flat Earth conspiracy community and the anti-mask movement.” 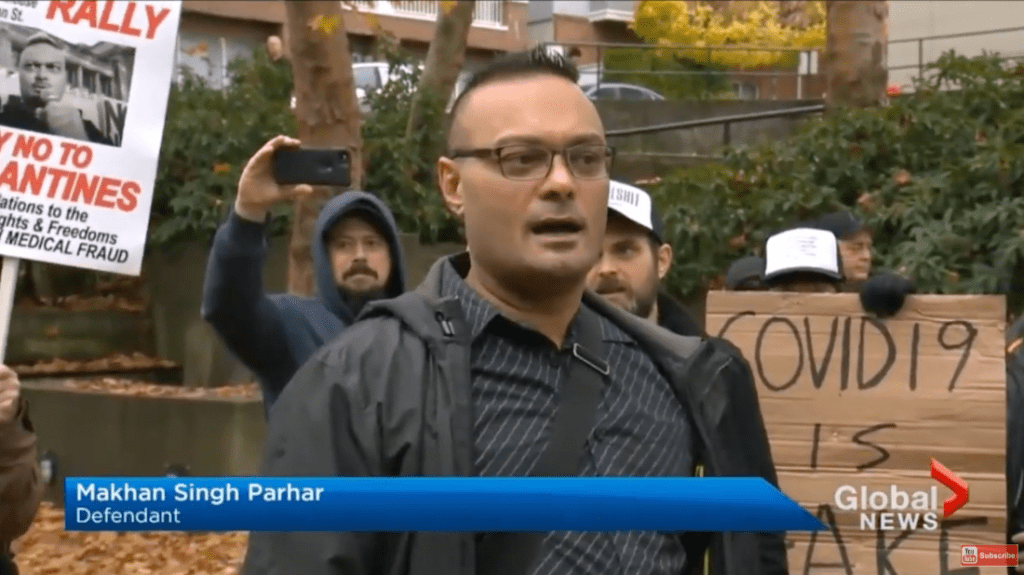 Parhar sued the BC government, claiming they kidnapped him and committed an act of “terrorism” against him by putting him behind bars for violating local COVID restrictions. Thankfully, a judge tossed out the case, calling it “embarrassing” and “an abuse of process.”

Beyond that, Parhar had his business license suspended for not following COVID protocols. He told students in his hot yoga classes that yoga would boost their immune system and kill off the virus… which is a lie. He later used that meeting space to host COVID deniers.

And, yes, he’s a Flat Earther. After attending a conference in the U.S. for Flat Earthers from around the globe, Parhar returned to Canada and ignored the necessary two-week quarantine. He bragged about not wearing a mask on the plane.

You get the idea. This guy never took the virus seriously and put countless people in danger by refusing to follow health guidelines.

From COVID, it seems, though that has not been officially verified.

New Westminster police confirmed they were called to help paramedics at a home in the Sapperton neighbourhood Thursday morning, but arrived to find Parkhar deceased.

In a recent livestreamed video, Parhar reported feeling ill with a variety of symptoms, including fatigue, chills and a cough, which he said was “not CONVID (sic) because CONVID (sic) doesn’t exist.”

In a video posted Wednesday, Parhar said he was feeling somewhat better and had recently taken Ivermectin, an anti-parasite drug widely touted in the anti-vaccine community, but which Canadian and U.S. health officials have warned against using.

This idiot insisted he didn’t have COVID… but then he took Ivermectin, which gullible idiots falsely claim is a cure for COVID… to cure something that he insisted was not COVID. So… he took (fake) medicine for a (fake) disease?

None of it makes sense, but then again, this guy lived under a veil of ignorance.

I seriously wish I could have more empathy for this guy — the Humanist side of me wants to mourn his loss because he didn’t have to go this way and I’m sure there are people affected by his death — but the truth is Canada is safer without him spreading harmful lies. 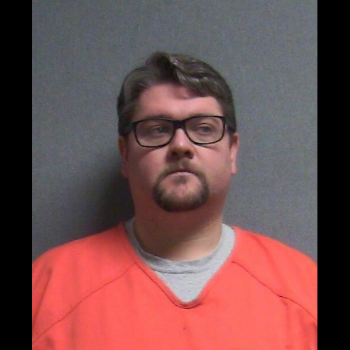 November 6, 2021
OH Priest Who Blackmailed Kids Using Their Own Confessions Faces Life in Prison
Next Post 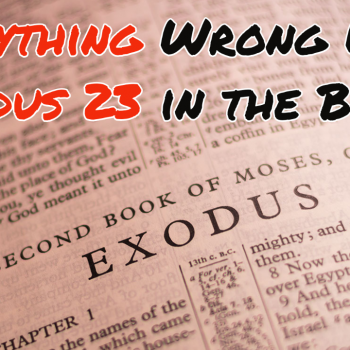 November 6, 2021 Everything Wrong With Exodus 23 in the Bible
Browse Our Archives
What Are Your Thoughts?leave a comment