An open atheist has won — flipped! — a State Senate seat in New Jersey. It’s one of the bright spots in an election night that created plenty of panic on the left.

Andrew Zwicker is exactly the kind of person you wish was in elected office but almost never is. He’s not only a physicist, he’s the head of Communications and Public Outreach at the Princeton Plasma Physics Laboratory. Unlike the Republicans who treat science as a four-letter word, Zwicker is a proud advocate of the STEM fields. 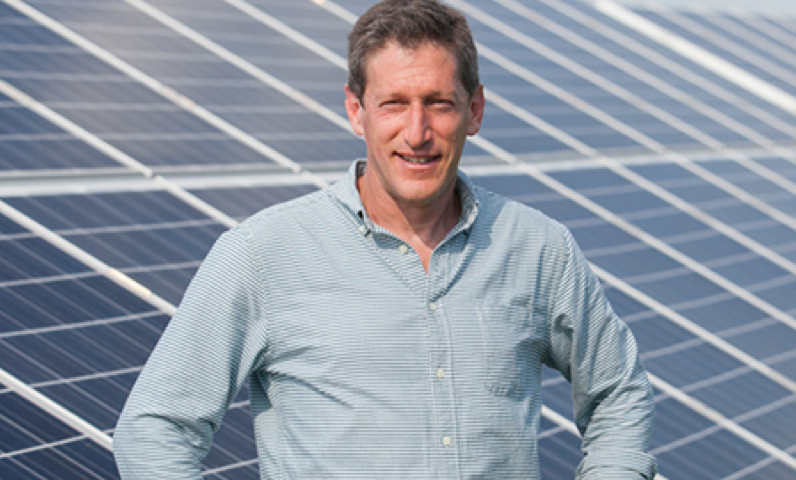 Since 2016, he’s been in the New Jersey General Assembly.

Earlier this year, the Republican who held the State Senate seat in District 16 announced he wouldn’t be running for re-election. This was a swing seat, with that Republican winning it in 2017 by just under a single percentage point. So Zwicker decided he’d risk his current seat and make a play for it.

On Tuesday night, the election appeared to be going to wrong way. Zwicker was losing when the initial votes were tallied and his race wasn’t called that night because there were mail-in votes still outstanding. But now that those votes are coming in, Zwicker appears to have won the elected by a somewhat comfortable margin, 52% – 48%.

You can see from that screenshot that even with all precincts reporting, the race has not yet been officially called. There’s no green checkmark. But it’s hard to see how the Republican in the race can overtake Zwicker given the kinds of votes that still haven’t been counted. Zwicker’s stamp of victory is a formality at this point.

Congratulations to @AndrewZwicker on his election as State Senator and flipping the LD16 Senate seat! pic.twitter.com/QvVKSAf7Wu

The only NJ/VA Dem legislative gain of the night was in NJ's #LD16, where Andrew Zwicker (D) appears to have defeated Mike Pappas (R) for state senate (as an aside, this is the district where I grew up).

The icing on the cake? The State House seat that Zwicker gave up was one of two seats held by Democrats in his district. Two Democrats now appear to be on the verge of victory (over two Republicans) for those two seats. In other words, the risk paid off.

Why is all this relevant on this site?

Because Zwicker is an open atheist who was endorsed by the Freethought Equality Fund PAC:

Andrew Zwicker is a scientist, legislator, and atheist, who is running for the New Jersey State Senate in District 16. Currently a member of the General Assembly, Zwicker is the far too rare scientist-legislator. He is a physicist and Head of Communication & Public Outreach at the Princeton Plasma Physics Laboratory. His victory in 2015 was the biggest upset in New Jersey when he won by less than 100 votes. His re-election wins in 2017 and 2019 were by much more comfortable margins. This year Zwicker is running for a state Senate seat held by a four-term Republican, who is not seeking re-election. As a scientist, Zwicker promotes public policy using evidence-based decision making, not ideology, and is focused on rebuilding the state’s infrastructure and economy, protecting the environment, and protecting our democracy.

Zwicker is now one of a small handful of openly non-religious state senators across the country.

One important takeaway here: Zwicker never spoke about atheism on the campaign trail. (Why would he? It didn’t matter when it comes to the work he did.) Because of that approach — never being ashamed of his atheism or running away from it, but never broadcasting it to voters — it never became a dealbreaker for voters in his district. They knew him. They supported him. They were aware he would never use his position to advocate for his personal beliefs about religion. He won for reasons that had nothing to do with his religious views, which, in a weird way, is progress.

November 4, 2021
Aaron Rodgers Thought He Could Get Away with a "Homeopathic" Vaccine Substitute
Next Post