Survey: Most White Evangelicals Wish America Was a Christian-Only Bubble

The researchers at the Public Religion Research Institute (PRRI) just released their 2021 American Values Survey. There’s a lot of information in the full report, but one chart in particular deserves a closer look. 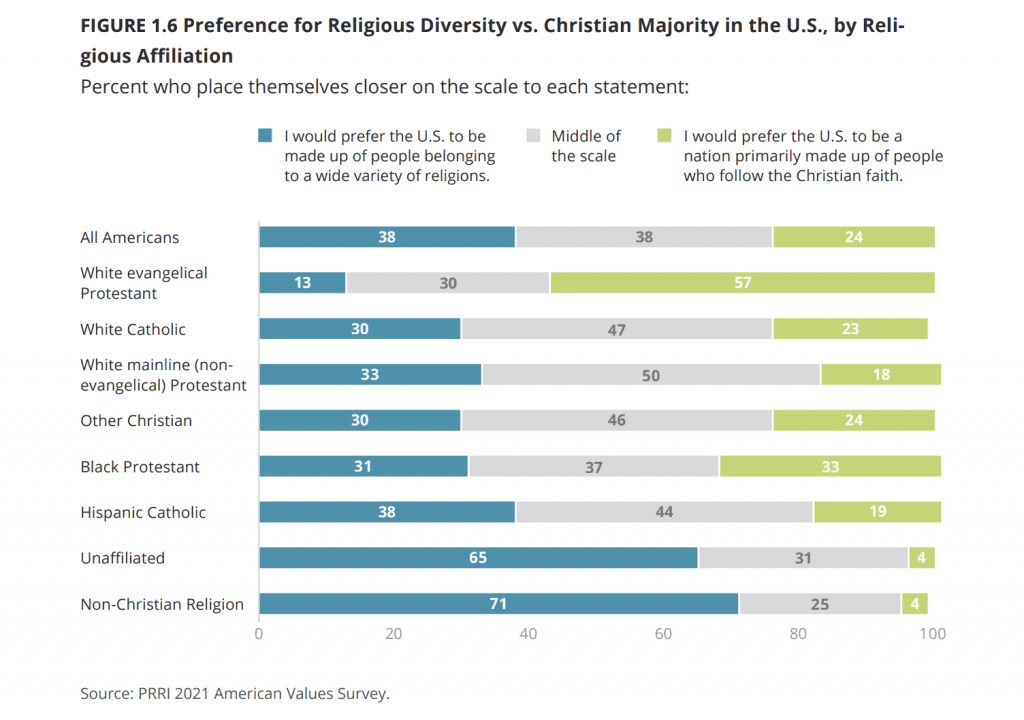 Maybe you’d push back and say everyone would want to be surrounded by like-minded people… except the Christian bubble numbers were much, much lower for Black Protestants (33%), white Catholics (23%), Hispanic Catholics (19%), and white mainline Protestants (18%).

If there’s any benefit of the doubt to give white evangelicals here, it might be their interpretation of the question. I would *love* to live in a country where people shared my strongest convictions… but I certainly wouldn’t demand my perspective be forced upon everyone else. That’s where there’s a discrepancy. The Christian Nationalists, well-represented among the white evangelicals, have already passed laws promoting their beliefs at the expense of everyone else’s. They also want public schools to teach their altered versions of history. No other group has that kind of power — or even the desire.

As Religion News Service notes, that’s not the only instance in which white evangelicals are the anomaly:

Take immigration: Majorities of all religious groups support allowing a path to citizenship for undocumented immigrants living in the U.S…

Their views are even more out of sync with the rest of America when it comes to the belief that the 2020 presidential election was stolen.

Thirty-one percent of Americans think the presidential election was stolen from former president Donald Trump, but a full 60% of white evangelicals believe this. No other religious group comes close…

White evangelicals are also the religious group most likely to say American patriots might have to resort to violence to save the country.

This isn’t about religion. This is about a group of gullible white conservatives, under an umbrella of Christianity, who are united by a variety of conspiracy theories and ways to make life worse for people who don’t share their views. As I’ve said so many times before, none of this will change unless younger evangelicals walk out of churches that support or are silent about Trumpism… or unless pastors begin speaking out against MAGA cultists in their midst.

I don’t have enough faith that evangelical leaders will do that because they’re shown themselves to be cowards time and time again. To be clear, there are plenty of progressive Christians who speak out on these issues. Just not enough white evangelicals who hold prominent roles in the kind of megachurches that have outsized influence over this particular demographic group.

The man they worship lost the last election and they still can’t get over it.

November 1, 2021
Please Support the Work I Do Through This Site
Next Post 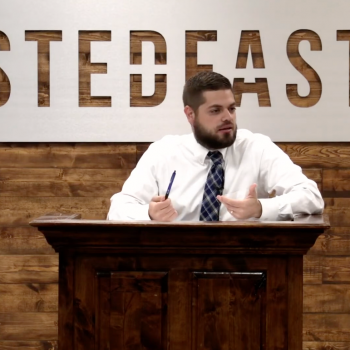