MAGA Pastor: “America Was a Church Before She Was a Nation” November 2, 2021 Hemant Mehta

MAGA Pastor: “America Was a Church Before She Was a Nation”

Right-wing pastor Shane Vaughn of Mississippi’s First Harvest Ministries, who credited Donald Trump with the COVID relief bill that not a single Republican voted for and said more recently that God will overturn the 2020 election results, is going all in on Christian Nationalist rhetoric.

He said in a sermon that America was a church before it ever became a nation… which is neither true nor plausible. But, hey, it’s not like lying never stopped a pastor.

Right-wing pastor Shane Vaughn claims that "every signer of our Declaration of Independence—every one of them—were descendants of the tribes of Israel," which is why "America was a church before she was a nation." pic.twitter.com/QXJdsP9Put

Every signer of our Declaration of Independence — every one of them — were descendants of the tribes of Israel… Every single descendent that signed our Declaration were Israelites. Somebody say it with me, “America was a church before she was a nation!” And how’s your fool [?] gonna separate church from the state when we were born as a church?

In no way was the nation a church. Not metaphorically. Not symbolically. Not anything. Our Constitution is purposely devoid of religion for a reason, and even the Declaration’s mentions of God aren’t intended to imply there’s a national faith.

No amount of David Barton-esque revisionist history changes that. And yet no one in that church challenged him in the moment — and I have no doubt they were silent later as well. That’s what happens when you’re part of a cult that fetishizes ignorance. 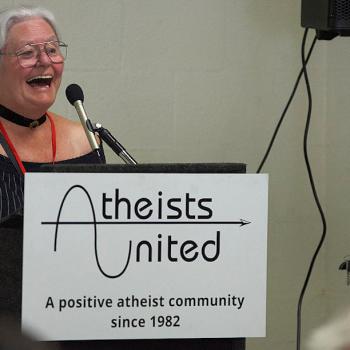 November 2, 2021
Bobbie Kirkhart, an "Irreplaceable Atheist Icon," Has Died at 78
Next Post 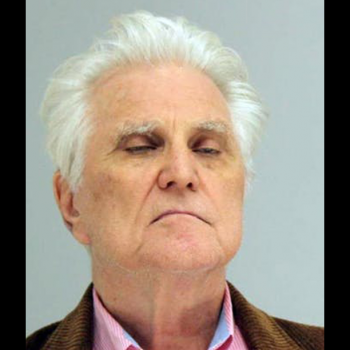