NC Lt. Gov.: “Christian Patriots… Will Own This Nation and Rule This Nation” October 31, 2021 Hemant Mehta

NC Lt. Gov.: “Christian Patriots… Will Own This Nation and Rule This Nation”

Mark Robinson, the Republican Lt. Governor of North Carolina who said this week he was “95% sure” he’d run for governor in 2024, has been leaning hard on his Christian Nationalist fantasies.

This is the guy who has said in recent months that forced religion in public schools could prevent mass shootings, that “transgenderism” and “homosexuality” amount to “filth,” and that the trans movement is “demonic” and full of “Antichrist spirit.”

On Friday morning, Robinson spoke at a Stand Up For America rally in Raleigh and made it clear that non-Christians would have absolutely no place in his ideal government:

Robinson began his speech by thanking God and declaring that anyone who doesn’t agree that the United States is a Christian nation is free to go live somewhere else.

“You can leave God’s country, and we will not miss you,” Robinson said.

“Tell our enemies on the other side of the aisle that will drag this nation down into a socialist hellhole that you will only do it as you run past me laying on the ground, choking on my own blood because I will not give up this nation to you!” Robinson bellowed. “It is not yours. You did not build it, you did not defend it, and you will not own it. We will. The Christian patriots of this nation will own this nation and rule this nation and help freedom survive for future generations.”

There are atheists in foxholes just as there are Jews, Muslims, and other non-Christians. For Robinson to denigrate their sacrifice should be disqualifying for any candidate. But because Robinson is a Republican, it’ll likely be ignored completely.

I’ve said this before, but just imagine if a Muslim congresswoman spoke this way about Christians. If she said only people who shared her faith deserved this country and everyone else could get out. The double standard of Christian Nationalism is just so blatant. When you’re a conservative Christian, you can say damn near anything and get away with it while simultaneously claiming to be persecuted when anyone lobs mild (and deserved) criticism your way.

Robinson isn’t interested in governing. He doesn’t want to make anyone’s life better. He just wants more power so that he can use his Christianity to punish everyone who doesn’t share his views. It’s such a dangerous road to go down, and there are virtually no Republicans in high places who has the guts to call this out. 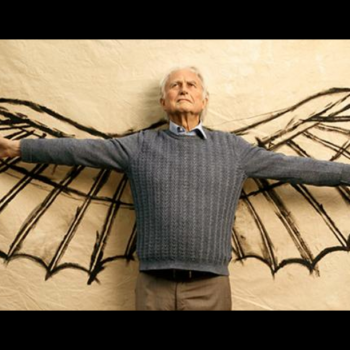 October 31, 2021
Richard Dawkins Claims, Yet Again, That a Trans Woman Is "Not a Woman"
Next Post