If you were to look through last year’s student handbook for Penncrest High School in Delaware County, Pennsylvania, you would find a troubling passage in the dress code section. It says all the usual stuff about how students can’t wear anything sexually suggestive or advocating violence. Makes sense. But then it also bans anything that’s “Satanic in nature.”

What does that even mean…? Are we doing the Satanic Panic again? If it’s meant to suggest evil outside the stuff that’s already prohibited, that’s quite a leap.

The line especially troubled Joseph Rose, the founder of a local group called Satanic Delco. While that group is independent and unaffiliated with any national organization, it shares the beliefs that Satan isn’t real and people should always act with “compassion and empathy.”

For the past several weeks, Rose has been sending messages to the Rose Tree Media School District urging them to change that line in the handbook… and guess what? It finally worked.

“The idea that a public school would allow religious expression in school, but choose to single out and prohibit the expression of one specific religion obviously seemed like a problem for us,” Rose said.

It took about a month of consistent emails and phone calls to the district before the superintendent sent out an announcement reading in part “… Although we have had no complaints or concerns brought forward by any student, parent, or resident we will remove this language from our current dress code information in the student handbook.”

It’s a victory over performative bullshit from the school district; best of all, it avoids any further legal action. You can see the updated handbook here. The “Satanic” line is gone.

Naturally, a local news channel managed to find some people who were all bent out of shape when they heard the news:

“I wouldn’t want a Satanic or cultish anything on clothing in schools,” said Lisa Cutrufello of Clifton Heights.

“It’s like a free speech issue. Are they going to allow Nazis to be able to put symbols on kids’ shirts and send them to school,” said Donna Willis of Media.

No one’s forcing you to wear Satanic clothing, Lisa.

And Nazi propaganda is already banned under the no violence and no disrespect parts of the dress code, Donna.

Whatever the case, Satanic imagery is allowed, so students in the district might as well take advantage of it! Do it for Donna.

(Thanks to @MentaAngelo for the link) 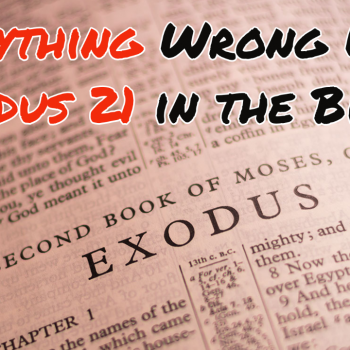 October 27, 2021
Everything Wrong With Exodus 21 in the Bible
Next Post 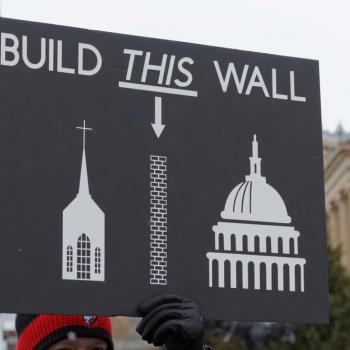