Being an “Evangelical” Has Become Shorthand for Supporting Trump No Matter What October 26, 2021 Hemant Mehta

When Donald Trump was in office, the percentage of Americans who identified as religious continued to head down, with more people having no organized religious label than ever before. (“Nones” are now about 30% of the population.)

But there was one group that defied those trends: White evangelical Christians went from about 25% of the country to 29%, according to a recent Pew Research analysis.

Does that suggest a religious group steeped in anti-LGBTQ, anti-science, anti-sex, anti-women views might have more staying power than we knew?

Not so fast. Ryan Burge of Eastern Illinois University says in a New York Times guest essay today that the reason white evangelicals have grown in recent years has more to do with the fact that it has become shorthand for MAGA cultist (my words, not his) than anything theological. 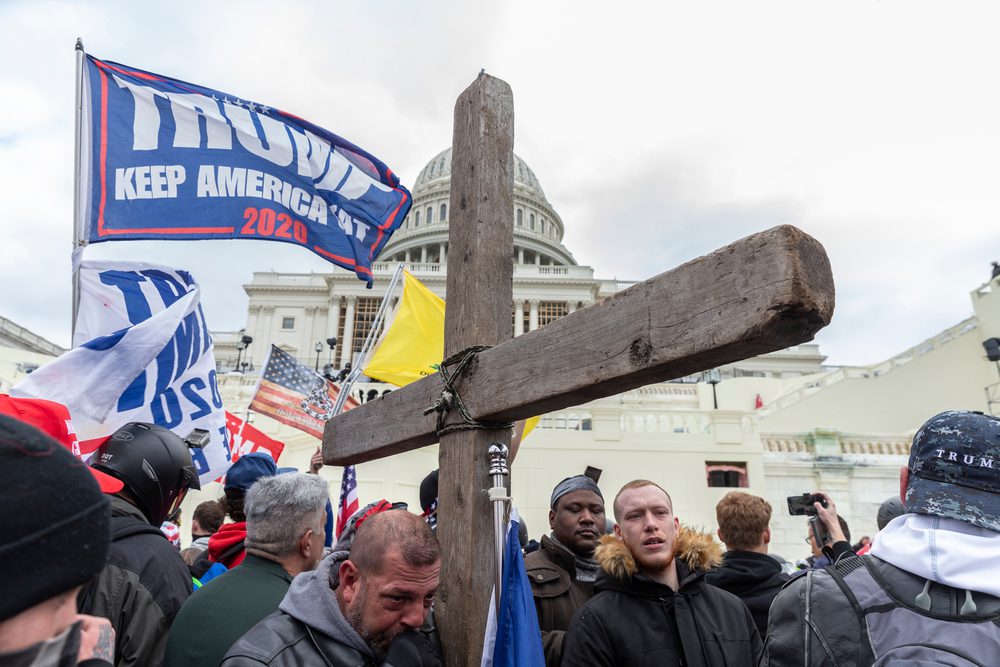 Here’s how he comes to that conclusion:

… many Americans who have begun to embrace the evangelical identity are people who hardly ever attend religious services. For instance, in 2008, just 16 percent of all self-identified evangelicals reported their church attendance as never or seldom. But in 2020, that number jumped to 27 percent. In 2008, about a third of evangelicals who never attended church said they were politically conservative. By 2019, that had risen to about 50 percent.

He also says that more people are embracing the “evangelical” label even if they have no religious reason to do so. There are evangelical Catholics, Mormons, etc. Since there isn’t a religious draw to the label, it has to be something else… and that something is Trump.

… what it means to be evangelical is being radically remade. It used to be that when many people thought about evangelicalism, they conjured up an image of a fiery preacher imploring them to accept Jesus. Now the data indicate that more and more Americans are conflating evangelicalism with Republicanism — and melding two forces to create a movement that is not entirely about politics or religion but power.

The bottom line is that white evangelicals may have very different views on what it means to be Christian. But they have extremely uniform views on which candidate to support in any given election: The hate-baiting, gun-loving, anti-immigrant, shit-posting internet troll — who’s about as far from the biblical Jesus as possible — is their guy. That’s what it now means to be evangelical whether pastors embrace it or not.

If this theory carries any weight, the implications are enormous.

It suggests Donald Trump didn’t just co-opt the Republican Party; he took over an entire religious denomination. If Trump says one thing and Jesus said another, these people are going with Trump.

It means Christian Nationalism is one of the greatest threats we face in a pluralistic America.

It means critics of conservative Christianity were absolutely right when we said white evangelicals never actually give a damn about anything Jesus taught; they were nothing more than useful tools for the GOP. That was true decades ago, too, but it’s so glaringly obvious now.

It also means pastors who give a damn about their faith more than politics — which is often questionable — need to break out of their cowardly silence and start denouncing Trumpism from the pulpit even if it means alienating the MAGA cultists in their congregations. Honestly, if you have Trump supporters in your church, it means you weren’t doing a good job of preaching the gospel anyway. Nothing got through to them. That’s your fault.

It also means there’s even more incentive for progressive Christians and those on the fence theologically to get the hell away from the evangelical label altogether. You’re not a “Jesus follower” no matter how much you try to rebrand yourself; you’re a Trump supporter to everyone outside your bubble. If that’s not accurate, it’s on you to prove it. 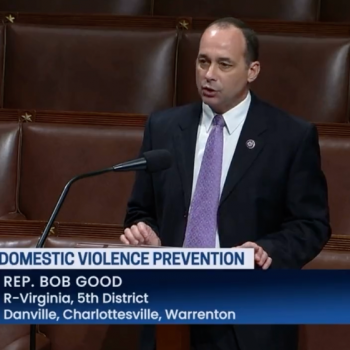