Right-wing broadcaster Josh Bernstein, who once called for the execution of a congresswoman, more recently threatened “grave consequences” if Democrats passed a voting rights bill, and caught COVID last month, is already back to his old shenanigans.

This time, he’s insisting that any close race between Republicans and Democrats in which the GOP loses is obviously fraudulent. No need for evidence. He’s ready to jump to that conclusion in all situations.

Radical right-wing commentator Josh Bernstein declares that any Republican who loses a close election anywhere ever must refuse to concede and demand a forensic audit since any GOP loss "was because of voter fraud. 100 percent." pic.twitter.com/tosqDVvn1M

From now on till the end of time, any person who is running as a Republican in any race, in any state, anywhere, for any position, must understand that if it’s a close race and you end up “losing,” it was because of voter fraud. 100%. This is how they [Democrats] operate.

It’s been going on for… probably a hundred years. It’s just come to the limelight in 2020.

So I would tell any Republican running for office in any state from now on: Never, ever concede under any circumstances. Because the likelihood that you lost your election is slim to none. Because they always cheat. And you should demand — demand — a forensic audit no matter what. Because we cannot trust the Democrats. They have been cheating in elections for over a hundred years, and if we don’t stop them, they’re gonna continue to cheat for the next hundred years or more.

That’s a wild comment appearing on the same day that the lieutenant governor of Texas had to pay his voter fraud bounty to a progressive poll worker who caught a Republican lying.

The fact is Democrats are the ones fighting for election oversight and security… while Republicans are blocking it and trying to suppress voter turnout as much as they can. If fair elections weren’t a problem for Republicans, they wouldn’t be trying this hard to block those bills. (Not a single Republican in Congress — even the handful of Trump-critical ones — supports voting rights.)

Bernstein likely knows all this, but he knows his viewers aren’t interested in honesty.

The fact is, even if a “forensic audit” took place, a confirmation of a Democrat’s win still wouldn’t appease the MAGA crowd. They can’t win fair fights. They can’t accept their failure. And they have no desire to change their policy positions to win over more Americans. 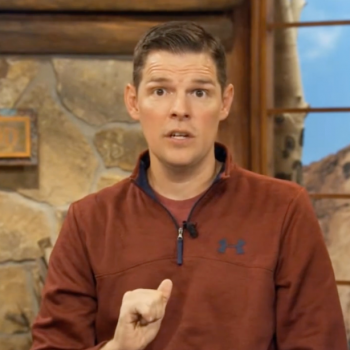 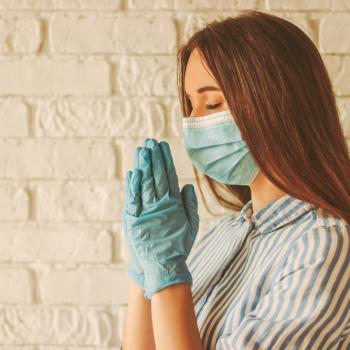