Here’s the thing about a pastor/politician who’s built his career on spreading bigotry: There’s no shortage of evidence. So when someone relatively new comes on the scene, it doesn’t take a lot of digging to uncover his faith-based hate.

Over the past couple of weeks, Kyle Mantyla at Right Wing Watch has been digging into the sermons and speeches of North Carolina’s Lieutenant Governor Mark Robinson after he promoted Christian Nationalism at a religious conference. So far, we’ve heard Robinson trash trans people, claim forced religion in public schools could prevent mass shootings, and that “transgenderism” and “homosexuality” amounted to “filth.”

Now, in a different speech delivered to the Upper Room Church of God in Christ in Raleigh this past August, Robinson called the trans movement “demonic” and full of “Antichrist spirit.”

“Here’s something else I’m not supposed to say: Ain’t but two genders,” Robinson declared. “You can go to the doctor and get cut up, you can go down to the dress shop and get made up, you can go down there and get drugged up, but at the end of the day, you are just a drugged-up, dressed-up, made-up, cut-up man or woman. You ain’t changed what God put in you, that DNA. You can’t transcend God’s creation; I don’t care how hard you try. The transgender movement in this country — if there’s a movement in this country that is demonic and that is full of the spirit of Antichrist, it is the transgender movement.”

It’s always the same joke with these bigots. A trans person is no different to them from someone pretending to be something else — an animal, a different race or ethnicity, etc.

It’s no surprise that no Christian in that church pushed back against Robinson’s hate. You can’t expect conservative Christians to do the decent thing when their faith requires them to pursue hate over basic human decency. It doesn’t help that the leader of that church, Bishop Patrick Wooden, once claimed all gay men wore diapers because they stuck too many items up their anuses.

Here’s the bigger concern: Robinson could very well run for higher office in the future. His comments here should be damning. But because he’s a Republican, it’s very likely the voters in his party just won’t care. No one has ever won money betting on Republicans to take the moral high road. 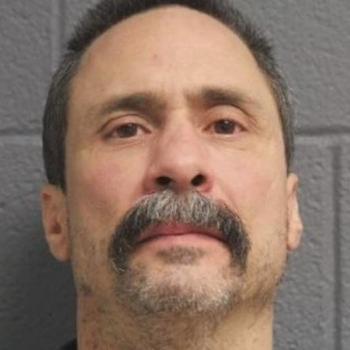 October 13, 2021
Drunk Pastor Charged with Attempted Murder After Trying to Hit Cops with His Car
Next Post