The music video for the song “Ateo” (“Atheist”) by Spanish rapper C. Tangana and Argentine singer Nathy Peluso is relatively tame in terms of imagery. It’s sexually suggestive, more than anything else.

The most controversial thing about the video is the location where it was filmed: The Toledo Cathedral, one of the most famous buildings in Spain, built in the 13th-century and representing the peak of High Gothic architecture.

Now the Archbishop of Toledo is doing damage control, attempting to explain how the Catholic Church could have approved the filming of this video in that building.

“The Archbishop deeply regrets these events and condemns the scenes shot in the first church of the Archdiocese,” a statement issued Friday by the Archdiocese on behalf of Archbishop Francisco Cerro Chaves said.

“We humbly and sincerely ask for forgiveness from all the lay faithful, the consecrated and the priests, who have felt rightly hurt by this improper use of a sacred place,” the statement added.

“Improper use”? The video isn’t anti-Catholic. It’s about love. Honestly, a song all about how an atheist began believing in God because a beautiful angel must have come down from Heaven seems like much better advertising for the Church than all the other reasons it’s usually in the news.

But I guess it’s helpful for the public to see what Church leaders really get outraged about. If only they got this worked up over cases of sexual abuse. 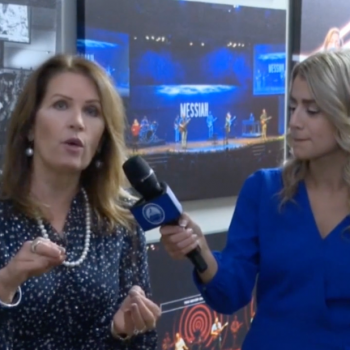 October 9, 2021
Bachmann: The U.S. is in the "Absolute Worst Times" Due to Vaccine Mandates
Next Post 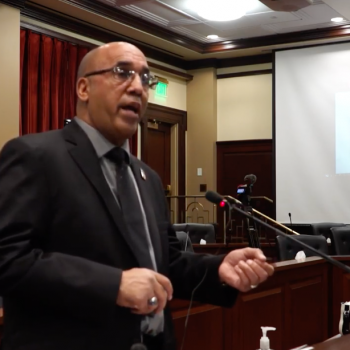