Oregon Official: “Ask God” About Vaccines Because “You Can’t Trust the Doctors”

On October 18, Oregon’s vaccine mandate for health care workers will go into effect because, thankfully, the state’s governor is a Democrat who understands the necessity of vaccines, especially when it comes to caring for the sick.

But in Josephine County, a rural area where vaccine rates are very low (only 53% of adults are fully vaccinated), the mandate poses a problem because it could lead to an exodus of health care workers. Or at least health care workers who don’t give a damn about their patients.

This was a major point of discussion among the three Josephine County commissioners at their virtual meeting on Wednesday, and it led to Commissioner Darin Fowler telling people they shouldn’t trust government officials or medical experts when it comes to getting vaccinated. They should put their trust in God instead.

And then he claimed Gov. Kate Brown‘s mandate was really an attempt to purge the state of Republicans.

Oregon county commissioner Darin Fowler, furious over a vaccine mandate for health care workers, said at a meeting "you can’t trust the doctors" about the vaccine. ("You’re just going to have to ask God.")

He claims the mandate is an attempt to purge Republicans from the state. pic.twitter.com/dGtFnaKJj8

… We are all placing faith in someone because we are not — as far as I know, the people on this call are not — virologists. So we’re putting our faith in someone. But you cannot set aside the right of liberty and freedom for the sake of a mandate. People still, in America, have the freedom to choose and I am shocked that people are willing to give that up for the good of society. Sounds very Communist. Very Socialist. That’s not what America is about.

This virus has become completely political. It’s only got a few… things left in the medical field. And I’m not sure I want to tell people to talk to their doctor about whether to take the vaccine or not anymore, because they’re threatening doctors’ licenses and livelihoods. So I’m not sure if I want you even asking your doctor. You’re just going to have to ask God and pray for wisdom on this one, because you can’t trust the politicians. You can’t trust the doctors. You certainly can’t trust the CDC or any World Health Organization.

And so I’m saddened that all of these folks are at this moment in their lives where they have to make really hard decisions that have long term consequences. I am also very disappointed in our governor’s office, who is willing to kick all of our heroes out of the hospital after talking so nicely about them for the last 18 months, be willing to kick ’em out. And I can only think that it’s because you’re down to the Republicans. And if you could purge all of our systems of Republicans, get them to leave the state, then I bet you would. I bet you would in a heartbeat. And I think that’s a lot of what’s behind the governor’s agenda right now.

This is what happens when you elect the dumbest person you know to a position of power. Instead of admitting the mandates are working, and that vaccinated health care providers are in the best interest of the patients, and that the people making the pandemic political are Republicans and not the people listening to scientists, you get guys like Fowler who can only see the world through a conspiratorial lens.

He thinks God will guide you on the vaccine, even though plenty of Christians have died during the pandemic. He thinks doctors can’t be trusted even though I have to think he has no problem trusting his own doctor on all other matters of health. He thinks the CDC is corrupt but a statewide mandate is a form of Communism.

I take that back. He’s not thinking at all. He’s just reacting because he’s been brainwashed by right-wing propaganda.

In case you’re wondering, the two other commissioners didn’t push back on Fowler’s comments at all. In fact, they supported his batshit crazy mindset:

… Fowler’s comments, which were echoed to some extent by Commissioner and former state Senate Minority Leader Herman Baertschiger, as well as County Chair Dan DeYoung, highlight the sweeping divisions around the state over the effectiveness and safety of the coronavirus vaccines, and who to trust.

“All the status (sic) about whether a person vaccinated died or one that was unvaccinated died, these are all just statistics,” said DeYoung. “Remember the old saying that liars use statistics and statistics are for liars, or something like that…I think the purpose of it is very apparent, and I think it’s very successful in dividing this nation.”

It’s just an entire commission full of the worst people you know. Thank goodness the governor’s mandate will kick in whether these guys like it or not. And if health care workers don’t want to get vaccinated, then get them the hell out before they hurt patients. People that selfish — people that ignorant about vaccines — have no business in the health care industry.

To state the obvious, if these commissioners got their act together and urged more people to get vaccinated, there wouldn’t be such a heavy burden on health care workers right now. The worst people you know are making a tragic situation worse because they refuse to listen to people who know what they’re talking about. Instead, they’re taking their talking points from conservative liars — plenty of whom are vaccinated.

(Thanks to @books4maphead for the link) 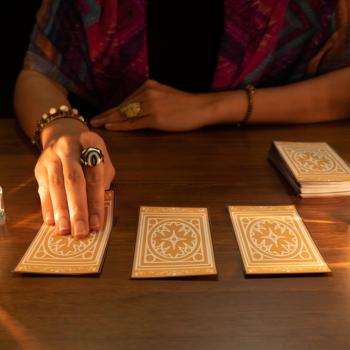 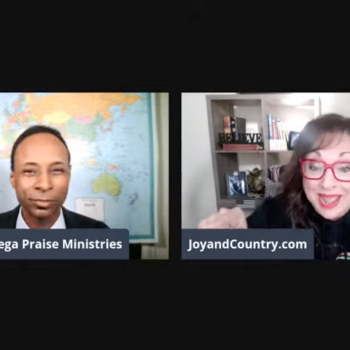