Trump to Evangelical Host: Nobody’s “Done More for Christianity… Than I Have” October 2, 2021 Beth Stoneburner

Trump to Evangelical Host: Nobody’s “Done More for Christianity… Than I Have”

On Thursday, during a call-in interview with the show FlashPoint, which is part of Kenneth Copeland‘s ministry, Donald Trump was asked how he would encourage evangelicals to “stay engaged” during this “tumultuous time.”

His answer was predictably useless — he bragged about himself and what he did to appease conservative Christians during his presidency. But along the way, he insisted (yet again) that nobody had done more for evangelicals than him.

Donald Trump called into the religious-right "Flashpoint" program last night, where he bragged that "nobody has done more for Christianity, or for evangelicals, or for religious itself" than him. pic.twitter.com/m3XHgcsb3V

As evidence, Trump brought up his repeal of the Johnson Amendment (which never happened) and his support for Israel (which is a low priority for younger evangelicals). Strangely, he didn’t mention stacking the Supreme Court with right-wing ideologues virtually guaranteed to do the bidding of the Christian Right.

That said, Trump may have a point. Just not in the way he thinks.

Trump may indeed have “done more” for conservative Christianity than any of his predecessors in the sense that he exposed the real priorities of the Moral Majority. He showed they’re neither moral or in the majority. He showed how they were all too eager to ignore Trump’s sexual misconduct if they got something out of the transaction. They put up with his racism because they agreed with it. They didn’t even care about his assaults on facts, his ignorance of COVID, or his attacks on democracy itself. Trump and white evangelicals formed an alliance that helped him and hurt them.

Many of us knew about the moral corruption of the evangelical right that began to blossom under Ronald Reagan. Trump gave them a dose of confidence to become more of what they already were, and many voters (especially younger ones) will never forget it. 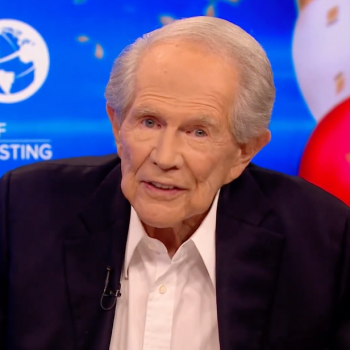 October 2, 2021
Pat Robertson's Retirement is, Somehow, a Loss for Atheism
Next Post 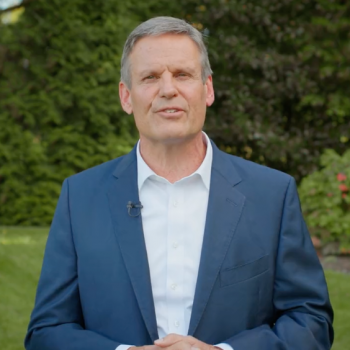 October 2, 2021 Governor with Worst-in-Nation COVID Rate Calls for More "Fasting and Prayer"
Browse Our Archives
What Are Your Thoughts?leave a comment