School Board Candidate: God Said I Could Break the Law When Obtaining Signatures October 1, 2021 Hemant Mehta

School Board Candidate: God Said I Could Break the Law When Obtaining Signatures

This is a very low-stakes story, but it’s indicative of how Christianity can warp even local elections.

There’s a school board election taking place soon in Cedar Rapids, Iowa. Six people (including two incumbents) are running for three open seats on the Linn-Mar Community School District board on November 2. This would normally be the time for all the candidates to submit the necessary paperwork and make their cases to the community for why they should be elected.

Here’s the problem: To get on the ballot, you have to submit a petition with 50 signatures. You’re encouraged to get a few more, just in case some of the signatures need to be tossed out for various reasons (like duplicate entries). There’s nothing unusual about that.

When one of the challengers, Geralyn Jones, submitted that part of the paperwork, it became clear that many women were signing on behalf of their husbands (who weren’t home at the time).

“When I approached the houses for signatures, all of the women … it was the same thing across the board: ‘Can I sign on behalf of my husband? And I said, ”Sure.’ It was as simple as that,” Jones said…

Seems innocuous. But it does violate Iowa law. No one is allowed to sign nomination papers on behalf of anyone else. But Jones admitted that 16 of her signatures came from wives signing on behalf of their husbands — and if you removed those signatures, she wouldn’t have enough to meet the 50-signature threshold. She later got “signed, notarized affidavits” from the couples saying the wives had permission to sign for their husbands… but that’s totally irrelevant because the law said it’s not allowed. (But thanks, I guess, for proving you broke the law…?)

“… not only does it align with the law, but it also aligns with the Bible where it says the husband and wife become one flesh,” Jones argued.

In other words, the Bible metaphorically turns two people into one after marriage, therefore the law doesn’t matter and wives should be allowed to sign for their husbands. See? #Logic.

You can see why people were calling for Jones to be removed from consideration. The current school board even convened a special Election Objection Board to handle this single complaint.

Over the past week, like so many conservatives who can’t believe they have to follow the rules, Jones has been whining about how she’s being persecuted.

I have been DRAGGED through the mud. Democrats play dirty. I’ve now experienced this first hand by dippin’ my toes in the politics of what is suppose to be a non-partisan school board position.

Let’s just say, our county auditor and our county Chair are democrats and are actively seeking to smear and discredit a strong conservative Republican woman by objecting and opening an investigation into my campaign.

Let the record show, “I run my campaign on honesty and integrity. I (we), have absolutely nothing to hide!”

My heart aches that my constituents are being targeted and potentially facing aggravated misdemeanor charges, even though it was cleared for no ill or fraudulent intent.

Lift us up in prayer and give it to God.

Democrats “play dirty” by… calling for a candidate to follow the rules of an election. Got it. (Why are the same Republicans who say they want to stop voter fraud always the ones guilty of voter fraud?)

Anyway, we now have a resolution to all this: The Election Objection Board looked at the evidence and decided… it’s not a huge deal. They’re letting Jones stay on the ballot even though everyone agrees those 16 signatures shouldn’t have counted. They’re not concerned about setting a bad precedent for the future.

That’s a mistake, in my mind, but whatever. We’ll see if voters want someone whose main reason for running is to block mask mandates, thereby ruining their kids’ education by allowing COVID to spread far and wide.

Jones shouldn’t be on the ballot, but she’s on it anyway. Now it’ll be up to voters to decide if a MAGA cultist who denies that Trump supporters had anything to do with the January 6 insurrection and thinks COVID vaccines are part of some conspiracy should control their kids’ education. 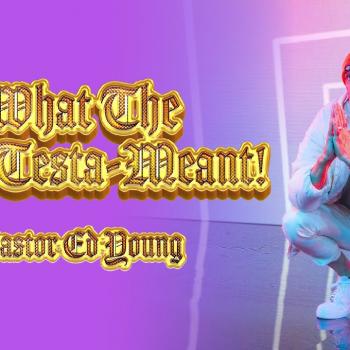 October 1, 2021
Enjoy This Pastor's Cringe-Worthy Rap About What the "New Testa-Meant"
Next Post 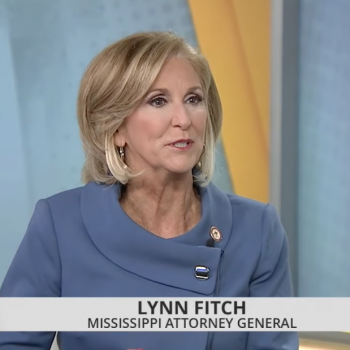