Preacher: Let’s Endorse Candidates Since the Johnson Amendment Days Are “Over!”

It can be easy to forget that Nebraska preacher and false prophet Hank Kunneman of One Voice Ministries, a Christian Nationalist who has used his platform to promote conservative politicians, has a wife, Brenda, who is equally awful.

Over the weekend, while hosting a conference full of conspiracists like Kat Kerr and Lance Wallnau, Brenda Kunneman told the crowd of pastors that they should ignore the (still legal) Johnson Amendment and have no fear of endorsing candidates from the pulpit.

In theory, that should result in their churches losing their tax-exempt statuses. But Kunneman knows the IRS isn’t enforcing its own rule.

“… the Johnson Amendment came along to say, ‘Well, if they want to keep tax-exempt status, then they’re going to have to keep their voice out of the political sphere. They’re not going to be allowed to put any of their money to endorse anything political. They can say who they personally [as] pastors endorse.’ By the way, they have threatened that Johnson Amendment so poorly, it’s so much, so bad, that it has pushed pastors into a corner that even the Johnson Amendment didn’t even call for because people are terrified that they’ll get an audit by the IRS for daring to touch anything in the pulpit. Now, I’m just going to say, ‘Those days are over. It’s over.’”

She added that no one should worry because the nation was “founded as a Christian nationalist form of government.”

That’s a lie. Obviously. Any historian who didn’t get their degree from a Christian diploma mill could tell you the Founders kept religion and politics separate for good reason and nothing Kunneman is saying would be recognizable to them.

More to the point, though, churches are still allowed to be “political” in the same way other issue-focused non-profit groups are. Churches can preach their values without putting their tax exemption in jeopardy. What they can’t do is tell people how to vote. That rule applies to Planned Parenthood and the NRA just as it does to churches, but Kunneman acts like it’s some kind of anti-Christian thing. It’s not. She’s just ignorant.

It’s long past time the IRS receives additional funding so it can enforce its own rules. It’s become clear, whether we’re talking about the wealthy or the faithful, that people who can cheat the system absolutely will. Without proper enforcement, this problem will only get worse.

If and when that day ever comes, the Kunnemans’ ministry would be a good place for the IRS to start.

September 21, 2021
Ark Encounter Ticket Sales Went Up in August (But Pre-COVID Numbers Were Higher)
Next Post 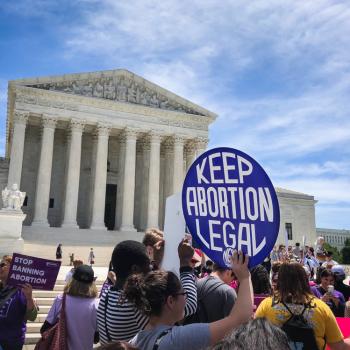