In a Facebook post practically designed for his critics to enjoy a few weeks from now when everything hits the fan, the owner of Grills Seafood Deck and Tiki Bar﻿ in Cape Canaveral, Florida said he would not get vaccinated because of his Christian faith — and he wouldn’t require his employees to be vaccinated, either, despite a federal mandate requiring companies with more than 100 employees to get everyone vaccinated or tested on a weekly basis.

Joe Penovich explained his (let’s call it) reasoning on Friday:

… From a personal perspective, I believe God told me not to take this vaccine. I don’t make a statement like that lightly and I haven’t shared that position publicly until now. It happened in a very powerful way, during an intentional sabbatical of prayer, may before the debate became so heated or possibility of governmental action existed.

I also realize if you’re not a believer, that statement may seem ridiculous. That divide is much more consequential, but I know the religion of Christianity has often been very politicized, very ugly and very wrong. I pray that begins to change among the followers of Jesus Christ.

The debate over effectiveness or complications with this vaccine carries little weight with me. I’m not sure any of us know the full truth. But I do believe Christians can and should be getting direction from the God we profess to know, more than the news we choose to listen to…

So it is based on this very strong personal conviction that Grills Restaurants, Sunrise Marina and Obsession Fishing Charters will never require any person to get the Covid vaccine as a condition of employment. We will comply with all testing requirements as is financially and logistically feasible. We will support the right and aid the efforts of those who do want to be vaccinated.

In short, God told him to infect others with COVID, he thinks we should all ignore scientists and other infectious disease experts in lieu of the imaginary voices in our head, and customers who visit his businesses are royally screwed because every staffer they meet could be working for the virus.

It’s telling that Penovich doesn’t say he’ll refuse ventilators or other forms of treatment if he’s hospitalized with COVID. Nor does he say he’ll cover the medical bills of any of his employees who catch the virus. He doesn’t care about them. He says he’s lost loved ones to COVID, but apparently he wants others to meet the same fate. The lives of other people don’t matter to him because common sense has been replaced with Jesus.

The reaction has been predictably negative, especially since the business operates in Florida where the virus has been allowed to spread far and wide due to the Republican government’s refusal to stop it. While more polarized voices get more attention online, plenty of people have commented that they won’t be eating at his restaurant anymore, including many Christians who say Penovich is distorting their faith to promote a political goal. It doesn’t help that the restaurant doesn’t require anyone to wear masks, either, according to reviews online.

In any case, I won’t be surprised when, in a few weeks, Penovich is in the news again because there’s been a massive outbreak of the virus stemming from his businesses. And when that happens, no doubt Penovich will just offer up some more bland and useless religious rhetoric about how God is watching over everyone. 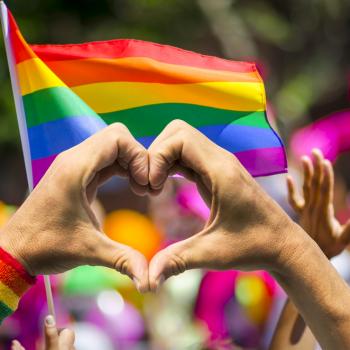 September 21, 2021 MAGA Cultist Who Said He'd Shoot Anyone Trying to Vaccinate Him Now Has COVID
Browse Our Archives
What Are Your Thoughts?leave a comment