60 Minutes Australia just ran a damning segment on Hillsong Church, an evangelical megachurch with a number of affiliates worldwide, along with its founder and “global senior pastor” Brian Houston.

As I’ve posted here before, this megachurch has been dealing with scandal after scandal over the past few years. There were the “moral failures” of hipster pastor Carl Lentz of their New York affiliate. And the financial and leadership failures of Reed and Jess Bogard of their Dallas affiliate. And the recent COVID-related death of a church member who happened to be an anti-vaxxer. But the most eye-popping scandal involved Houston himself. He was arrested in August on charges that he concealed child sexual abuse that he knew about.

With his first court appearance scheduled a couple of weeks from now, Houston recently stepped down from virtually all the Hillsong boards on which he sat, though he maintains his title as “global senior pastor.” It’s a move that’ll allow the church to survive even if he has to spend the next five years in jail.

That’s the backdrop for this weekend’s 60 Minutes Australia segment, which revealed even more (and more recent) allegations of sexual abuse by Hillsong leaders. Reporter Tom Steinfort says the church is guilty of “indifference to the victims’ suffering so heartless it would surely make Jesus weep.”

There’s one story involving a pastor accused of sexual misconduct… who was then promoted. And one reported story of sexual assault by a congregation member that was ignored by a Hillsong leader. The story is clear: This church cares more about its own image than doing what Jesus would do.

As one victim says in the segment:

… They do not care at all about the fact that I was assaulted. They just care about who I’m gonna tell, or what I’m gonna do about it, and how that will affect them.

Maybe the most damning thing about the segment is the pathetic response offered by Hillsong’s current leaders, who wouldn’t answer the show’s questions. Instead, they called it “gutter journalism”… which is a weird way to characterize the stories of former members and staffers who simply shared their experiences.

The church issued a more formal response to the segment this morning. It doesn’t make them look any better:

The 60 Minutes story was factually wrong, sensationalised, unbalanced and highly unethical journalism. Their claim that we declined a request to appear on camera was a blatant lie. 60 Minutes has clearly been working on this story for some time yet only contacted us by email with vague questions four days before the story was scheduled to air, and after promotions for the story were already running across the Nine Network. After we responded with the facts (which were ignored) they belatedly offered us the opportunity to reply on air on Friday – the last working day before the program. Clearly there was no way we could do this and they knew it. It was never their intention to do a balanced piece because they didn’t want to hear the truth. How sad that journalism in this country has stooped to this level.

You don’t have to know every in and out of journalism to understand that segments like these are often in the works for months in advance. It’s only when the details and testimonies are finished and locked up that the producers can ask specific questions to the church. In fact, the response they gave was included in the segment. It was just a shitty response, so of course it didn’t help their case.

Hillsong says it wants a “balanced piece.” But there’s no balance when one side has all the moral weight and authority and the other side has nothing but reflexive defensiveness.

The fact remains that young people — especially young women — aren’t safe in that church if their experiences don’t match up with the image the church wants to project. Church leaders want to talk about the forgiveness they’re offering alleged gropers, not the safety precautions they’re taking to make sure those incidents never happen in the first place.

Also telling? That response says nothing about the allegations that a large chunk of donations go toward funding the leaders’ high-rolling lifestyles.

No decent person should want to be a part of this church. But the people who attend anyway probably won’t be swayed by mainstream reporting about the church’s problems. I would hope, though, that some people sitting on the fence or who may possibly join Hillsong in the future will see this segment and think twice about drinking the Kool-Aid.

(Thanks to everyone for the link. Portions of this article were posted earlier) 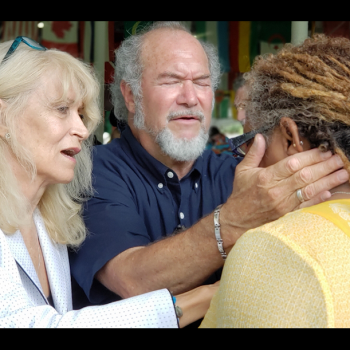