SD Gov. Kristi Noem: Politicians’ Actions Must “Line Up with the Word of God”

During an appearance on “The Water Cooler,” a show hosted by Christian Nationalist David Brody for the far-right Real America’s Voice network, South Dakota’s Republican Governor Kristi Noem said that the actions of politicians needed to “line up with the word of God.” She also bragged about all the ways she’s injected God into her state’s public schools.

South Dakota Gov. Kristi Noem says the positions taken by political leaders must "line up with the word of God" and brags about pushing for prayer in public schools. pic.twitter.com/DRd2MJaKZw

… What they are doing and the actions they are taking are not biblical. And I know they… many times, they talk about being religious, but I think that it’s really time for all of us to look at the actions of our leaders and see if they line up with the Word of God. See if they’re biblical and if they really are following through on those actions that God’s called us to do to protect people, to serve people, and to really minister to them.

We’ve seen our society, our culture, degrade as we’ve removed God out of our lives. And people become what they spend their time doing. When I was growing up, we spent every Sunday morning, every night, every Wednesday night, in church. Our church family was a part of our life. We read the Bible every day as a family together and spent time with each other recognizing that we were created to serve others.

I don’t know families do that as much anymore. And those biblical values are learned in the family, and they’re learned in church, when the doors are open so people can be there and be taught.

We in South Dakota have decided to take action to really stand for biblical principles. We had a bill that was passed during legislative session two years ago that put the motto “In God We Trust” in every single school building. It is displayed now in every K-12 school building in the state of South Dakota. And I have legislation that I’ll be proposing this year that will allow us to pray in schools again.

I really believe that focusing on those foundational biblical principles that teach us that every life has value, every person has a purpose, will recenter our kids and help us really heal this division that we see taking over our country.

Two years ago, Noem did indeed sign a bill that required all public schools to display “In God We Trust” signs in a prominent place. It served no purpose other than to make conservative Christians feel better about themselves. It sure as hell didn’t help the students.

As for her proposed legislation to “pray” in school, it’s either illegal or unnecessary. Illegal because the government can’t force students to pray to the Christian God (and we’re only ever talking about Christianity in these cases). Unnecessary because students can already pray in school. No one’s stopping them. No one’s ever tried to stop them. Not Democrats. Not atheist activists. Not church/state separation groups. No one. Ever.

Noem’s entire straw man rests on the false narrative that atheists/liberals have blocked Christians from praying, meeting, or discussing God in school. It’s a lie.

Noem’s also lying when she claims “every life has value.” I know that because she’s been among the worst governors in the country when it comes to preventing the spread of COVID. Only 51% of people in her state are fully vaccinated, restrictions are at a minimum, and the state has hosted super-spreader events like the Sturgis Motorcycle Rally.

Simply put, more people are dead because Kristi Noem doesn’t care about life. She only pretends to care to appease right-wing evangelicals who share her ignorance and selfishness.

And faux-journalist David Brody called her out on absolutely zero of these things because he’s just very, very bad at his job. 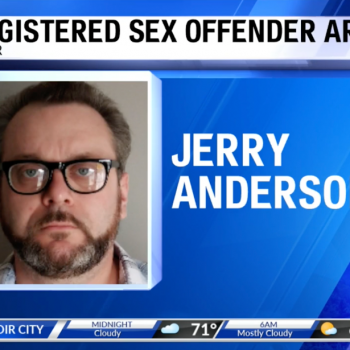 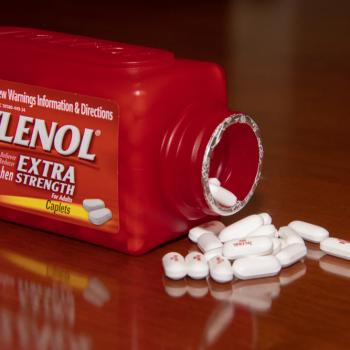 September 17, 2021 This is a Brilliant Way to Challenge COVID Vaccine "Religious Exemptions"
Browse Our Archives
What Are Your Thoughts?leave a comment