Right-wing pastor Jackson Lahmeyer, a conspiracy theorist who’s running to primary a very conservative Republican senator from Oklahoma, last seen claiming Black Lives Matter was founded by lesbian witches, is now offering religious exemptions to the vaccines to anyone who wants them.

All you have to do, he says, is become a member of his church. And if you don’t live in his area, no problem. Just become an “online” member. Once your money goes through, presto, the exemption letter is yours.

MAGA pastor Jackson Lahmeyer is now essentially selling religious exemptions, telling anyone who doesn't want to take a COVID vaccine to donate to his church in order to become an "online member" and then he'll sign an exemption form for them as their pastor. pic.twitter.com/Z0hTNb3vKt

How do we make these exemption forms actually have some weight? I’ll sign as many as we need… You don’t have to attend services in person at Sheridan. We need you to become an online member…

… So how could you become an online member of Sheridan today so I could sign your exemption form and [have it] carry some weight?… You go to the Facebook page. We need you to Like the page… and then you’re gonna make a one-time donation…

In case that’s unclear, in-person church members have to attend services and give money. But online, since live attendance may be out of the question, liking the Facebook page is an acceptable substitute. And give money. Always give money.

Of course, he repeats the donation part more than once.

He’s more than willing to help you spread COVID to anyone you want, but he wants a cash prize for it.

It should go without saying that there is nothing prohibitive about vaccines in the Bible, as many progressive pastors have noted, though there is plenty about the importance of caring for the sick. Getting vaccinated is one significant way to do that.

Unless your religious tradition has a history of refusing vaccines or modern medical care in general — think Jehovah’s Witnesses or Christian Scientists — there is no valid religious exception for this vaccine at all. This isn’t about adhering to a faith. This isn’t about doing what Jesus would do. This is about using Christianity as an excuse to get out of doing something simple because, in your mind, obediently following right-wing extremists is more important than protecting yourself, your family, and your community.

Lahmeyer isn’t even attempting to spread a lie about how the vaccines are made from the cells of aborted fetuses (a claim that isn’t true). He’s just offering exemptions to anyone and everyone, as if any random stranger who gives him money is a part of his church. If those exemptions work, more people will die. It’s not very “pro-life” at all.

Lahmeyer doesn’t care about that hypocrisy, though. He’s more interested in winning over a Republican base than spreading the Gospel. 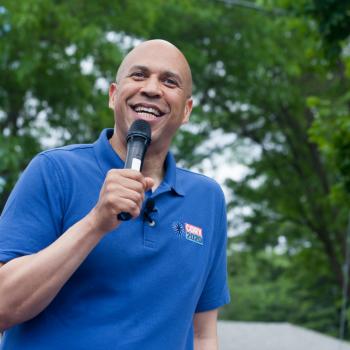 September 16, 2021
Sen. Cory Booker Files "Do No Harm Act" to Correct the Overreach of RFRA
Next Post 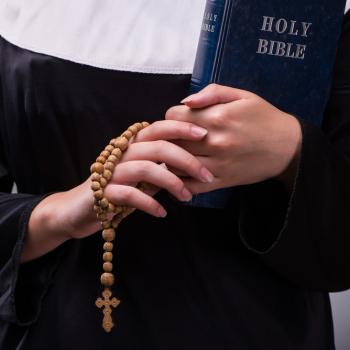 September 16, 2021 Ontario Teen Sues School Board Over Policy Banning Non-Catholic Student Trustees
Browse Our Archives
What Are Your Thoughts?leave a comment