For a few years starting in 2018, Michael Capps was a Republican member of the Kansas State House. And when you’re a Republican in Kansas, you use your power to push Christianity on everyone. That’s why, in 2020, in addition to his anti-trans and anti-abortion bills, Capps sponsored a bill to put the words “In God We Trust” in every federal building — including public schools.

Capps even defended the bill by citing former president John Adams: “Statesmen may plan and speculate for Liberty, but it is Religion and Morality alone, which can establish the Principles upon which Freedom can securely stand.”

That bill eventually died in committee, but Capps’ point was clear: It was necessary to promote religion and morality because those two things were synonymous.

Last year, when running for re-election, one of his campaign ads even opened with the line, “We’ve brought God back into our schools!”

Why bring all that up now?

Because yesterday, the same guy who felt religion and morality were connected was indicted by a federal grand jury on charges of COVID relief fraud and money laundering.

An indictment filed by the United States Attorney’s Office for the District of Kansas says Capps bilked federal, state and local agencies for more than $450,000 in COVID-19 business recovery funds.

… Capps inflated his payroll and applied for loans to pay employees who don’t exist, according to the indictment.

The federal indictment says Capps laundered hundreds of thousands of dollars in COVID relief funding through his businesses and charity between May and August 2020.

Why did Capps do it? Who knows. Maybe he thought he could cheat the system. Whatever the reason, it sure as hell wasn’t because he didn’t see the words “In God We Trust” on the damn walls. If convicted, Capps could spend decades in jail on top of millions of dollars in fines. (He should be excited. That’s plenty of time to read the Bible over and over.)

The Wichita Eagle notes that this is hardly Capps’ only controversy:

The one-term Republican lawmaker served as District 85’s state representative from 2018 to 2020, when he was defeated by Patrick Penn in the Republican primary amid allegations that he had offered a Black lawmaker campaign cash in exchange for a photo op and that he donated money to Planned Parenthood in Penn’s name.

That same election cycle, the Kansas Department for Children and Families found that he emotionally abused boys as a court-appointed volunteer. The investigation’s findings were reversed on a technicality, and Capps won his race.

There’s so much more where that came from, including allegations that he didn’t live in his district, a dark money scheme, and a video that falsely accused a Democratic lawmaker of sexual harassment.

Read the full indictment if you can. Then scroll to the bottom of the Eagle article to read a summary of all the charges and punishments Capps faces.

And just remember that this was a guy who spent his time in office pretending that Jesus made you a better person. He was a liar then. He’s a liar now. He’s a perfect example of why you should never trust a politician who takes the Bible more seriously than the Constitution.

***Update***: American Atheists’ new State Policy Manager, Brett Parker is a former Kansas lawmaker who worked with Capps. He said in a statement to me:

Having served in the State House with former Rep. Capps and people like him, it’s no surprise when the Christian Nationalists who most vocally insist on their own moral superiority are in reality the most ethically bankrupt. 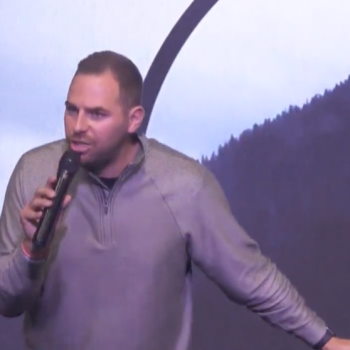 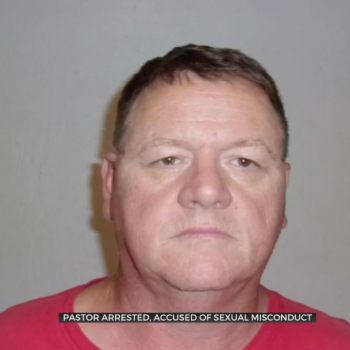