On June 15, an off-duty American Airlines pilot grabbed ahold of the public address system just after the plane landed in Chicago from Washington, D.C. As passengers waited to get off the flight, the pilot began telling everyone about Jesus, sex addiction, and his marriage to a woman despite being gay.

The details about what happened that day are only now emerging.

Video of the speech opens with the pilot telling passengers that he was “raped or molested as a young boy” and “left to deal with it alone.”

“I screamed to God every night that He would take away my sins and thoughts and resulting homosexual tendencies,” he said. “My life kept spiraling out of control. I became a sexual addict and turned to pornography.”

The pilot said that he married a woman five years ago, but “could not tell her about my pain and struggle with homosexuality.”

“Even though I was in love with her, just over one year into the marriage I began to give into the pressure of being gay,” he continued. “I asked other gay crew members questions about their lifestyle and what led them to becoming gay.

“Pretty soon I was taking part in that lifestyle. I had sex with men and would come home from work trips and pretend nothing had happened.”

The pilot ended his speech by saying, “Ultimately, I want to share the love of Christ with you. If you feel uncomfortable that’s fine, but I will talk to you in the gate area. Thank you so much.”

I would feel more sympathy for the guy if he didn’t bring Jesus into it. It wasn’t a cry for help from someone brainwashed by religion; it was a Christian taking advantage of a captive audience. If he had spread Islam instead of Christianity, maybe more people would take this seriously because it’s not just some weird quirky human interest story. It’s a story of religious privilege that involves dragging other people into his life without their permission. In the video, after the man is done talking, you can even hear a passenger yelling, “Fuck you and your story!”

American Airlines has since issued this statement:

The pilot “accessed the public address system upon landing and made troubling comments until a crew member could intervene. To our affected passengers, we apologize for your experience and what you heard does not reflect our values,” the statement said.

The airline identified the pilot as an employee of Envoy Air, a subsidiary of American.

It’s not clear if the off-duty pilot faced any repercussions for his actions. 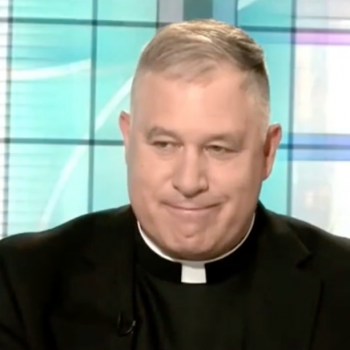 August 21, 2021
The Priests on Grindr Are Hypocrites, But Outing Them is Another Problem
Next Post 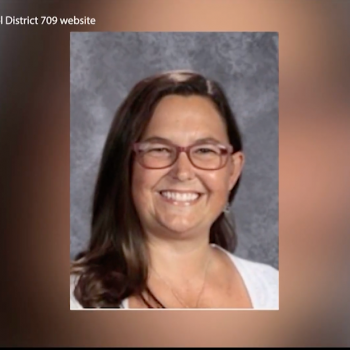 August 21, 2021 IL Teacher Accused of Spouting Right-Wing Bigotry in Her Classroom for Years
Browse Our Archives
What Are Your Thoughts?leave a comment