There’s a joke I’ve heard often in discussions of LGBTQ rights — or any kinds of rights really: It’s not pie. More for you doesn’t mean less for me. But the way so many conservative Christians oppose civil rights for LGBTQ people, you would think that’s their mindset. That if trans people can use proper bathrooms, or same-sex couples are allowed to get married, then this is somehow bad news for Christians… when the reality is that nothing actually changes for them.

Now a new research paper suggests that mentality really does exist. Many conservative Christians treat LGBTQ rights as a kind of you-win-so-I-lose situation. 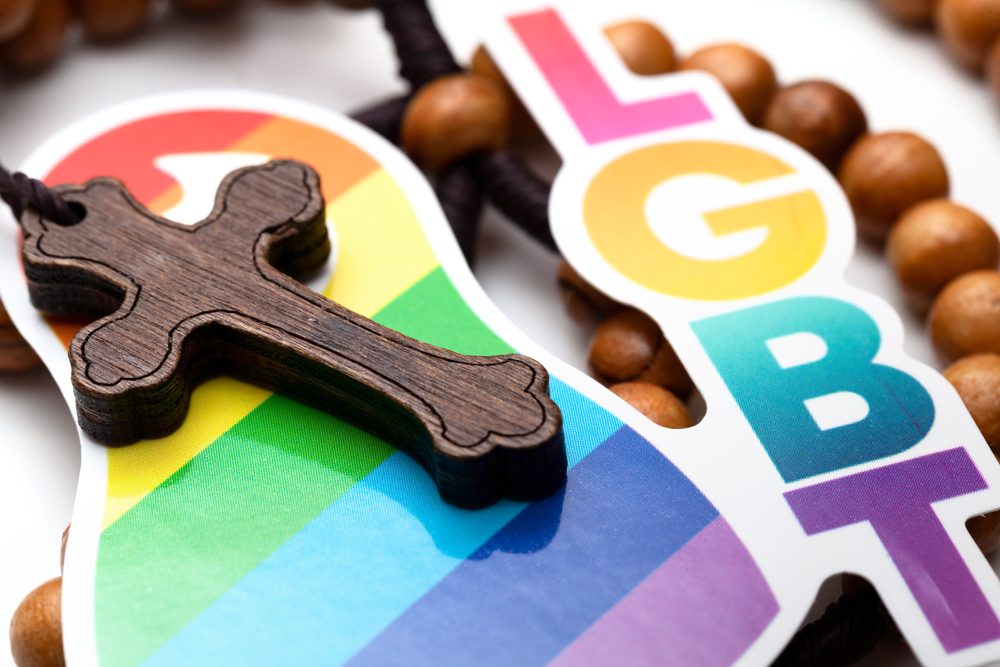 The paper, published in the Journal for Personality and Social Psychology, even notes the lunacy of this sort of thinking, as explained by two of the researchers, Clara L. Wilkins and Lerone A. Martin, in Religion & Politics:

… Even though Christians and sexual minorities are overlapping groups (the majority of LGBT individuals identify as Christian), many Christians fail to recognize this reality. Instead, they perceive a zero-sum relationship with LGBT people: believing that social advances for sexual and gender minorities are harmful and threatening to Christians.

How did they back this up? The researchers conducted a series of different surveys that all point to that inclusion. In one case, for example, they asked cisgender, straight Christians how much discrimination was faced by Christians and LGBTQ people in every decades starting in the 1950s. And wouldn’t you know it: As LGBTQ people faced less discrimination, accordingly to those respondents, Christians went in the opposite direction by roughly the same amount. 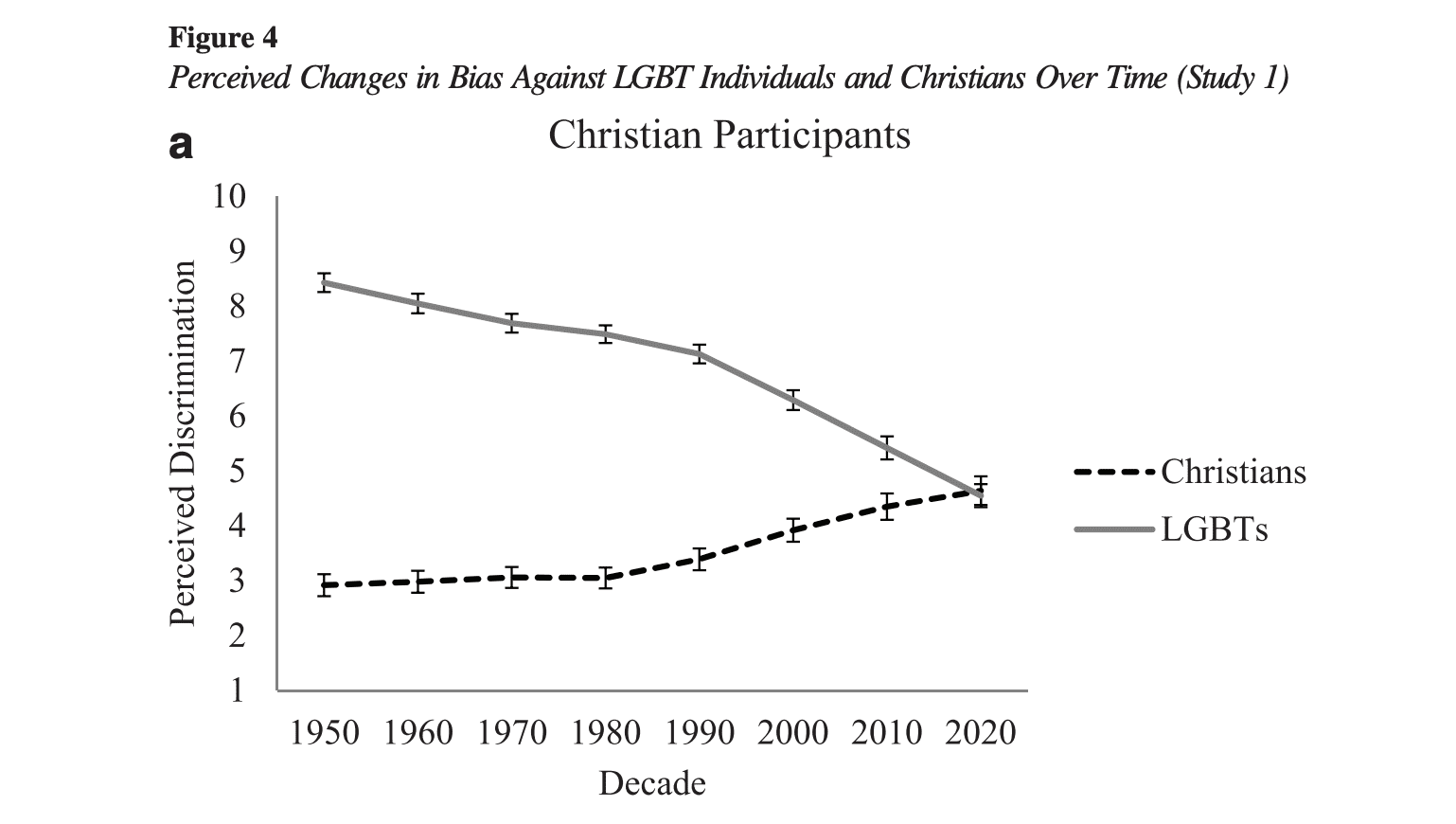 … Strikingly, Christians reported that bias against Christians is as severe as bias against LGBT people in the current decade. Christians also endorsed explicit statements pitting the groups against each other (e.g. “As LGBT individuals face less discrimination, Christians end up facing more discrimination”) to a greater extent than other groups surveyed (i.e. heterosexual cisgender non-Christians and LGBT participants).

The irony is that conservative Christians aren’t losing much of their power in America; they’re only losing some of their privilege. Their bigotry is no longer synonymous with American “values” because too many people no longer associate their faith with morality. We know better. We see examples of Christian cruelty on a regular basis.

Interestingly enough, the researchers found that priming Christians with Bible verses that promoted ideas of tolerance and Jesus-like acceptance made those respondents less likely to treat LGBTQ people as the enemy. That says to me that a lot of this problem rests in the hands of Christian pastors: If certain pastors gave more sermons using the Bible to promote kindness and equality and basic human decency instead of the typical bigotry against certain groups, it would go a long way. And if younger Christians who know better refused to join churches or Christian groups that held anti-LGBTQ beliefs (even the ones that don’t dwell on the topic), those churches would either have to change their ways or die off.

Unfortunately, too many Christians who know better don’t have the courage to take a stand on these issues. They’re willing to support Republicans who promote hate, and churches who act like trans people are confused, and organizations that say God’s desire is for marriage between “one biological man and one biological woman.” Anyone who joins those groups are part of the problem no matter how much they pretend to care about other human beings. 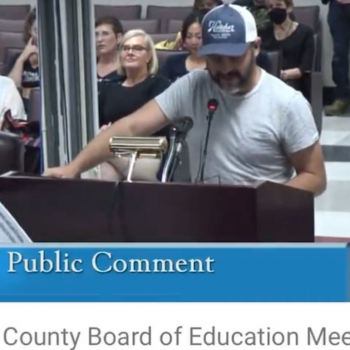 August 18, 2021
TN Dad Blasts Selfish Christians: "Avoiding Masks Is Not in the Bible!"
Next Post 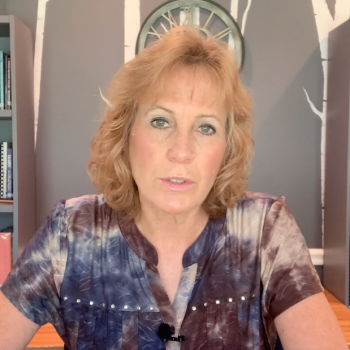