Ex-“Purity” Advocate Joshua Harris: Buy My Course If You Feel “Shame Around Sex”

After nearly a two year hiatus, the infamous author of one of the most influential and harmful Christian books of all time is back in the public spotlight, and a lot of people are upset about it. 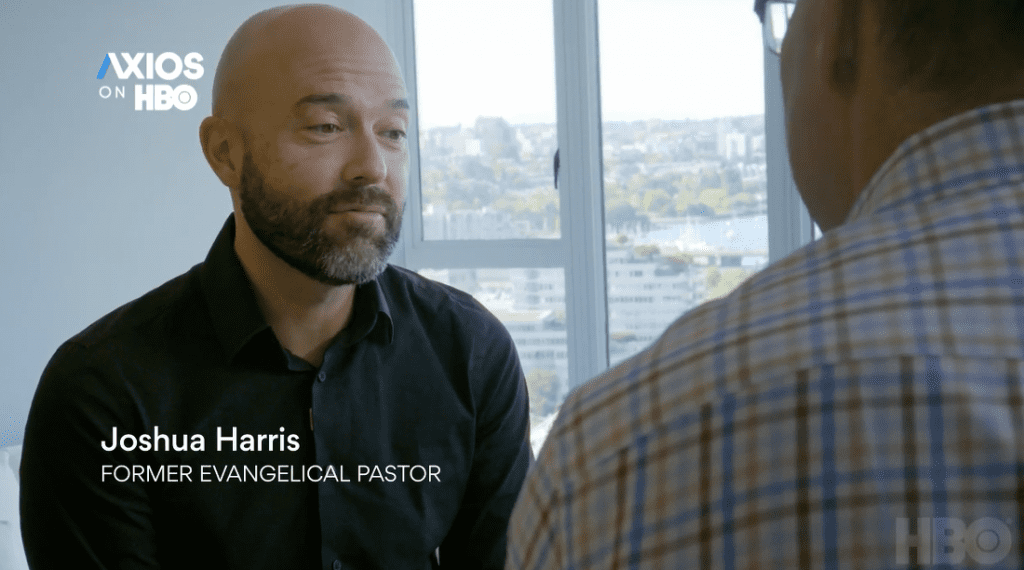 The name Joshua Harris may not ring many bells in the secular world, but it’s well-known in the evangelical sphere because he’s the author of the 1997 pro-abstinence, pro-“courtship” book I Kissed Dating Goodbye, a book he wrote when he was merely 21. Over the past few years, he began distancing himself from that work before eventually denouncing it entirely.

And then, over the course of about a week back in July of 2019, Harris announced that he and his wife were separating after nearly 20 years together and that he was no longer a Christian. (He never used the word “atheist” though he said he no longer believed in God.) He even showed up at a Pride parade the next month. In an interview that November, he told an interviewer, “I excommunicated myself.” He added that he was sorry for the harmful things he wrote in his books, but that “you can’t give people [back] years of their life.”

There was a lot of discussion at the time about whether his apologies were sincere and what, if anything, he could do to make up for all the damage he caused to generations of young women. Maybe he could be a vocal advocate for comprehensive sex education. Maybe he could promote the idea that not every close relationship had to be a marriage in waiting. Maybe he could be a true ally for the LGBTQ community. Whatever he did, it needed to actively undo the message he had pushed when he was younger. Nothing else would do.

And now he’s attempting a comeback of sorts. But he’s not exactly doing any of those things.

For a while now, Harris has been promoting himself as a personal life coach. For $1,750, you can join a small cohort of leaders looking to find their voice and build their platform. None of that would be controversial on its own. While your mileage may vary on those kinds of “coaches,” it’s not like it’s a scam. Maybe you find it helpful, or maybe you don’t, but there’s nothing inherently wrong with those kinds of services. I can’t be mad at the guy for trying to earn a living using his past success as a selling point. He mentions his infamy, kind of, on his website where he says, “My books have sold more than 2 million copies in dozens of languages. And I’ve also unpublished books when I realized they harmed people.” That really glosses over a lot of important details… but he’s trying to speak to a broader secular audience, not an evangelical one, so I suppose I understand that logic.

The reason people are upset now, however, is because he just launched a separate five-week course called “Reframe Your Story” for people who are “unpacking and rethinking the religious rules” in which they were raised. For $275, Harris will basically be a guide for people who are struggling with their faith.

Which means a guy who spent the bulk of his life confidently telling people how to improve their spiritual lives, only to ruin so many of them in the process, is now trying to reinvent himself as… a guy who confidently tells people how to improve their spiritual lives. Harris is selling a course for people whose faith was shattered because of people like Harris. After treating any kind of pre-marital sex as the worst kind of sin, his course claims to help anyone feeling “shame around sex.”

He’s capitalizing on the trauma he helped cause.

And he announced the course shortly after it became public knowledge that he would be appearing on a bonus episode of a podcast series all about abusive Pastor Mark Driscoll. (Now that takes hubris.)

As if to acknowledge his awareness of how bad all this looks, Harris writes, “A full scholarship is available to anyone harmed by purity culture and my past books.” Which is hardly the sort of redemption arc people were hoping for.

None of this is going over well online:

Nah, I have another thing: how likely do you think it is that his course is going to spend the time accurately naming and unpacking the intersecting oppressive systems that inappropriately elevated him to a position of power to do harm in the first place? I’ll wait.

IMO, Joshua Harris is just demonstrating that he learned EXACTLY the lessons he was meant to learn in the American Evangelical Machine.

I haven’t seen this take yet, but if one writes a book that becomes a Christian bestseller & it contains theology that is identified by a nearly a whole generation as psychologically harmful, offering licensed therapy to your victims would be better than a free online course.

Joshua Harris really could have said “my bad” and gone underground or something.

But no, he decides to profit off of and exploit people healing from the harm that HE CAUSED.

I'm so proud of Joshua Harris.

He spent years traumatizing Christian children, and was able to overcome that to… Continue traumatizing new kids.

1997.
Nobody:
Joshua Harris: I quit dating 5 minutes ago and I am excited to tell you how this will get you results I have not yet gotten.

2021.
Nobody:
Joshua Harris: I deconstructed 5 minutes ago and I am excited to tell you how this will get you results I have not yet gotten.

Here's a publicity still from the "Rise and Fall of Mars Hill" Joshua Harris bonus podcast with an interview on his views of what toxic religion looks like. pic.twitter.com/N13msiHlz2

Joshua Harris wrote one of the most influential books in white evangelical purity culture when he was in his early 20s. Now, five minutes after leaving Christianity and the white purity culture he helped create, he wants you to pay him to help you heal from the poison he fed you.

I didn't even read that shitty book but I experience the ripple effects, and he upheld a system that traumatized me and my peers. Fuck Joshua Harris, today and everyday.

If anyone’s taking the course, let me know. Those of us on the internet have a lot of questions we’d love to ask him. 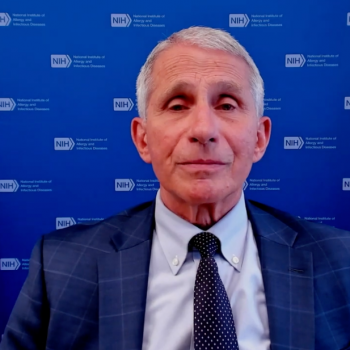 August 13, 2021
Dr. Fauci, Speaking to Atheists, Notes How His Jesuit Upbringing Has "Evolved"
Next Post 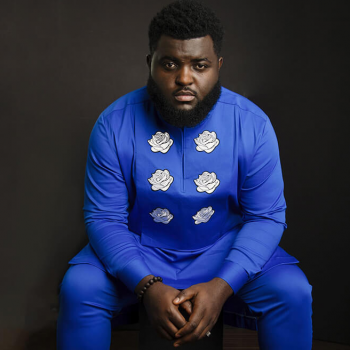 August 13, 2021 Christian Writer: The More You Want Me Vaccinated, "The More Unwilling I Am"
Browse Our Archives
What Are Your Thoughts?leave a comment