Preacher: We Can Ignore Climate Change Since Jesus Will Soon Fix Everything August 11, 2021 Hemant Mehta

Preacher: We Can Ignore Climate Change Since Jesus Will Soon Fix Everything

Right-wing pastor Perry Stone — most recently seen on this site trying to sell a lie as a supposed “miracle” — said on his livestream this morning that Christians don’t need to be concerned with climate change because, when Jesus returns, everything will be just fine.

Right-wing pastor Perry Stone says that Christians don't worry about climate change or the environment because they know that all those problems will be taken care of when Jesus comes back. pic.twitter.com/TGi6diOzU8

… In Revelation, Chapter 20, when Christ comes back to Earth and sets up His kingdom, He’s going to change everything, and there’s going to be a thousand years of peace.

And so the sons of God — and these are the children of God, these are believers who return with Christ to set up the kingdom for a thousand years — we’re going to see a complete change in the Earth, and that what we call the travail of creation, or the travail of the Earth, will cease when the Messiah returns.

So those who criticize believers now for not being, you know, environmentally concerned or whatever, we know how the book ends! We know where this is going. We know how, in the end when Messiah comes back — look folks, can I say something to you, and say it in love? It’s wonderful to do all that we can to help the planet, but at the same time, if you know what the prophecy says, you know what’s coming and you know that real peace, real joy, and… everything that men want will only happen with the return of the Messiah, and you can see that all through the book of Zechariah, you can see it in the writings of Isaiah, and that Messiah, without a doubt, is one man, and it’s Jesus Christ…

This belief that we can ignore society’s biggest problems because we believe a myth that guarantees future happiness is really the worst form of nihilism. They’re willing to let problems fester — putting all of our lives at risk — because they buy into a lie. They’re culturally in a bubble but realistically part of society, which means their ignorance affects all of us. It’s the same sort of broken brain mentality that says there’s no need to get vaccinated or wear masks during a pandemic because God’s got this all figured out.

The worst thing is that this isn’t a fringe belief among conservative Christians!

God intended us to use this planet, to fill this planet for the benefit of man. Never was it intended to be a permanent planet. It is a disposable planet. Christians ought to know that.

Creationist Ken Ham said the only kind of climate change we needed to worry about was going to Hell.

Abusive pastor Mark Driscoll once said at a Christian conference, “I know who made the environment and He’s coming back and going to burn it all up. So yes, I drive an SUV.”

And, of course, there are all the elected Republicans who say things like God will fix the environment without man’s intervention because “if there’s a real problem, He can take care of it.” Or that we should stop paying attention to environmental concerns altogether because God promised not to destroy the world… again.

The sad thing is that Christians could easily make the same argument that they’re required by God to take care of the planet that He gave them. After all, if Jesus doesn’t return for another couple of centuries, then it needs to remain sustainable for future generations of children. (Or, to put that in terms Republicans can understand, we need to save the planet for the future of fetuses everywhere.)

But these science-denying evangelicals, selfish to the core, don’t give a damn about the society they live in because they’ve fallen for the delusion that the afterlife is all that matters, so to hell with everyone in this world. Let it burn. They’re only here to make every problem worse. 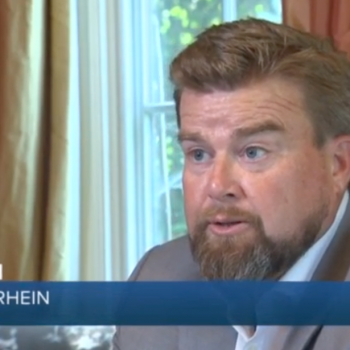 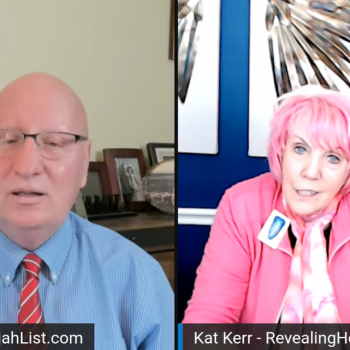