Hate-Preacher Joshua Feuerstein: “You Don’t Need the Vaccine! You Got Jesus!”

Over the weekend, the worst Christian pastors you know held “America’s Revival” — a gathering where COVID restrictions were ignored, Christian Nationalism reigned supreme, and a bunch of men who have every privilege in the world whined about how persecuted they are.

One of the organizers was Joshua Feuerstein, a man who’s claimed “the Second Amendment’s actually in the Bible,” that rainbow boxes for french fries are blasphemous, and flipped out over red cups at Starbucks.

No wonder he told the audience that they didn’t need the COVID vaccine because they were Christian.

Radical right-wing preacher Joshua Feuerstein tells Christians "you don't have to wear the mask, you got Jesus. You don't need the vaccine, you got Jesus." pic.twitter.com/AwfBigYsS5

Listen to me… and let me speak now to the cameras, around the world to every pastor that’s watching this broadcast, to every Christian that has cowered in your home. I realize that for this last year, that maybe you’ve been fed fear and fear and fear. But the Bible says that God has not given us the spirit of fear, but a power and a love and a sound mind.

These people do not have sound minds. And if they are dumb enough to listen to Feuerstein, they won’t have minds at all because they’ll be dead.

This is what American Christian terrorism looks like: It’s using the rhetoric of preachers to spread dangerous lies to a roomful of the most gullible, ignorant, and desperate people in the country. Feuerstein doesn’t care if these people live or die. He has no allegiance to them. He’s there to tell them what they want to hear, then get out.

I’d bet good money that a lot of those preachers at the Frisco Convention Center in Texas over the weekend — including Greg Locke and Mike Lindell — have been vaccinated themselves. But they’d never admit that because it’d be bad for business. 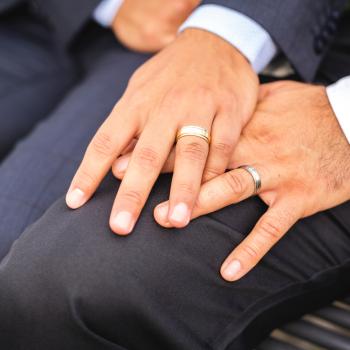 August 9, 2021
Anti-LGBTQ Bigotry in Evangelical Churches May Be Driving Away Young Christians
Next Post 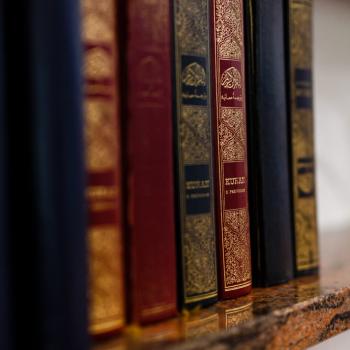