Right-wing pastor Jackson Laymeyer, who cozies up to conspiracy theorists and is running to primary a very conservative Republican senator from Oklahoma, wants you to know his church will never follow COVID restrictions because they’re all “Luciferian.”

In an impassioned sermon, he also threatened the government, saying, “If you touch the church, you are a dead man walking.”

Right-wing pastor Jackson Lahmeyer, who is running to unseat Sen. James Lankford in Oklahoma's GOP primary, declares that his church will never obey "Luciferian" COVID-19 restrictions, warning the government, "You touch the church, you are a dead man walking." pic.twitter.com/WnE72BIX4y

… There’s rumors and speculation that, come next month, they’re gonna try a national lockdown in the United States of America, that includes churches. A national lockdown! But let me tell you something: When the Luciferians tried to shut down churches last year, we didn’t bow then, and we won’t bow now… We will have church every single night while there’s a national lockdown… We’ve made up our minds.

While there are no plans for a national lockdown, it should be noted that such a drastic move would also affect mosques and synagogues. (And bars, and movie theaters, and amusement parks.) Lahmeyer doesn’t acknowledge any of that because he’s too busy making this fictional scenario all about him.

More importantly, his admission that his church would refuse to obey a lockdown is really an admission that he’s willing to sacrifice the lives of his congregation members in order to feed his own ego. Makes you wonder how many deaths that church has been responsible for — and might yet be. Laymeyer and his church have “made up [their] minds” that the number of COVID deaths doesn’t matter to them. They don’t care about the facts, or the science, or even the people they see every Sunday morning.

Worst of all, they think this is a point of pride.

Sadly, this place isn’t an outlier. Churches all over the country have shown their true priorities, and they have nothing to do with the person who taught them to love their neighbor. 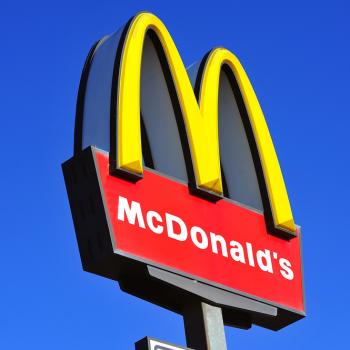 August 8, 2021
Woman Sues McDonald's for Being So Good, It Made Her Break Her Fast During Lent
Next Post 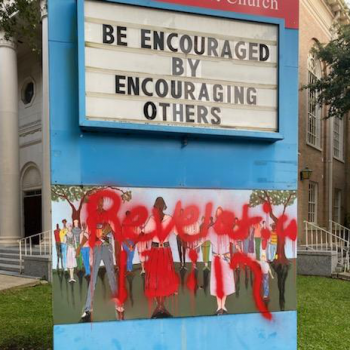