But as the meeting began, Osterberg noticed that someone in the town hall was holding a rock in a menacing way that was clearly directed at him. (As a gay Black man in Klamath Falls fighting for racial justice, Osterberg undoubtedly stood out.)

According to the Herald and News, the stranger had every intention of using that rock against Osterberg — all thanks to the Bible.

Osterberg said the man told him: “Oh, so you think we are all racist? You think you are the second coming of Christ?”

Then, Osterberg said, the man accused him of spreading HIV and AIDS, and called him “blasphemous.” Osterberg is a gay Black man.

“You are a sinner and you need to be stoned. That is why I brought this stone,” Osterberg said the man told him.

The man was then escorted out of the building by Klamath Falls police chief Robert Dentinger, who was in the room when the incident happened.

When it was Osterberg’s time to speak, he took a moment to explain what had happened to the city council:

Yesterday, Eric Osterberg, a Klamath Falls (Oregon) official who is also gay and Black, was making a presentation about equity.

Before he did that, a Christian man threatened him, holding a rock, saying he deserved to be stoned.

All right, good evening, honorable mayor and city council, I’m here before you today to talk to you about the Equity Task Force’s final report.

Before I start on this presentation, though, I want to just talk about something that just happened in this chamber just at the start of the meeting. There was an individual who brought a rock to this meeting, proceeded to call me a sinner for being gay, accused me of spreading AIDS here in the community, accused me of blasphemy, and also of trying to say that I’m the second coming of Christ.

And I just want to start the meeting off kind of pointing to you that just having a conversation — a simple conversation about racism in our community — is gaining that level of violence, that threat of violence. So I would be remiss not to mention that. That’s… kind of the mentality I’m coming into this presentation with. Anyway, without further ado, let’s begin.

The police chief who escorted the man away from the meeting didn’t arrest him because “there was not enough information” to do so. Apparently, threatening a government official while brandishing a weapon of sorts is something you can just get away with. The police did say they knew the man’s identity, though. So I guess that’s supposed to make everyone feel better.

Osterberg, as you can see from that clip, maintained his composure despite the threat. He will soon be moving to Ferguson, Missouri to take over the role of city manager. They’re lucky to have him. Given the way Christian terrorists are treated in his current city, I can only imagine how quickly he must want to get out of there. 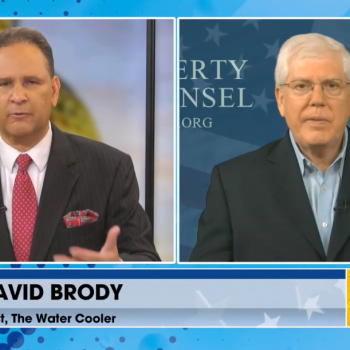 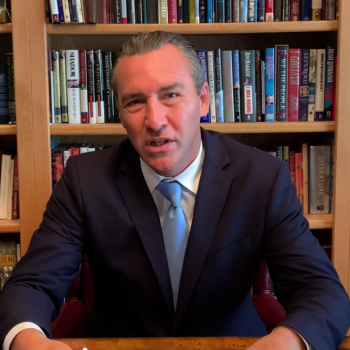