It’s one of only two states (along with Alaska) that allows child marriage and that’s already absolutely horrifying. But this story somehow gets worse. (UPDATE: I was wrong here. North Carolina and Alaska are the only states that allow 14-year-olds to get married, but most states (!) allow children under 18 to marry. Only six states prohibit the practice altogether.) 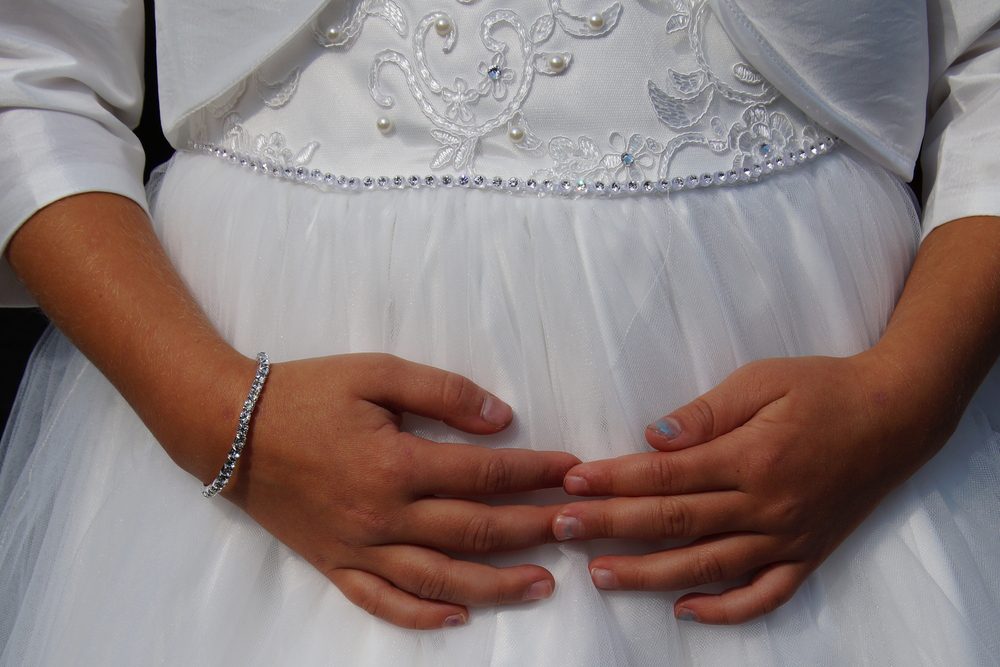 You might think those are just archaic laws that never got fixed, so all we need are legislators willing to go through the motions and amend the state’s rules. But when Republican State Sen. Danny Britt filed a bill that would’ve eliminated child marriages and set a minimum age of 18 for anyone who wants to marry, he says some of his colleagues refused to go along with it… because it would make them hypocrites:

… [Britt] said his colleagues have told him they support the intent behind the original bill draft, which would have banned all child marriages, but couldn’t vote to pass it because they either married as minors, married a minor or know someone who married as a minor.

Let’s set aside for a moment how North Carolina’s legislature is full of creepy child predators or their creepy fundamentalist families. Even if you or someone you know was involved in a (legal) child marriage, how could you still support it all these years later?! It’s absurd that raping a 14-year-old girl can be rectified, in some families’ eyes, through marriage. It’s appalling that a 16-year-old girl could theoretically be married to a 40-year-old man. And if 17-year-olds can’t vote or drink or be in the military, they shouldn’t be allowed to commit themselves to another person with the state’s blessing.

Britt then tried to appease his colleagues by amending his own bill so that the minimum age for marriage was 16 — along with the caveat that kids ages 16 and 17 could only marry someone who’s at most four years older than them. That bill passed the State Senate… but didn’t get any further in the State House. Meanwhile, a separate House bill that looks like Britt’s original bill has barely budged.

So child marriage is still alive and well in North Carolina.

If you read this story about the situation by Danielle Battaglia of The News & Observer, the focus is on an unnamed woman who was a victim of child marriage and desperately wants the law to be fixed so no one else has to suffer like she did. While she happens to be religious, it’s not clear if religion was involved in their shotgun wedding. Still, it’s hard to read about this law without religion coming into play. It takes a kind of fundamentalist thinking to believe abortion isn’t an option, but a child marriage would somehow make things right with God.

There’s no good reason for these lawmakers not to pass these bills. At this point, the ones who refuse to support them are just telling the state that they support child abuse.

August 2, 2021
Please Support the Work I Do Through This Site
Next Post

August 3, 2021 Creationist Kent Hovind "Bodyslammed" Me, Says Ex-Girlfriend in Court Filing
Browse Our Archives
What Are Your Thoughts?leave a comment