Sorry, we’re still not done talking about self-described “prophet” Robin Bullock. In the same sermon in which he explained that Jesus spoke to him after walking through a water portal, he also said during a sermon on Sunday that he’s personally responsible for former Iraqi dictator Saddam Hussein releasing child hostages.

And while we're at it, here's Pastor Robin Bullock explaining how he's the reason Saddam Hussein once freed a bunch of hostages.

… I remember one time, I went to a little Pentecostal church — and I say little because it was a little church. Powerful church, but it was a small building. I think it was full that night. This was a long time ago. And Saddam Hussein was holding our hostages. Had his self surrounded with children.

He said, “Here’s the scripture. When you get up behind the podium, don’t tell nobody till you get up there, and then turn them loose.”

That pastor was pale looking. Because you know what religion says: What if it don’t happen?

What if it does?

If it does, then a power walked among you you didn’t see. And so we did that. I went on [to] preach that night. About a week after that, I was working a job. I was a chaplain at a domiciliary back then, and I was just working. And all of a sudden, the radio broke through. For some strange reason, Saddam Hussein turned those hostages loose!

The incident Bullock is referring to likely occurred in 1990, when Hussein did indeed appear to use British citizens who were working in Kuwait, along with their families, as “human shields.” But according to an essay written in 2015 by Stuart Lockwood, one of the children used in Hussein’s photo-op, Bullock was absolutely not the reason Hussein let them all go:

This was during the Gulf war, and there were talks between various nations about taking military action against Saddam Hussein’s regime. It was said he wanted the British citizens all under one roof, to use us as human shields, so he wouldn’t get bombed. We thought it was a publicity stunt — that he really wanted to show the world how well we were treated…

We were released a few weeks afterwards. The civil rights activist the Rev Jesse Jackson fought for our freedom, and we were released early because of him. He carried me off the plane at Heathrow…

Somehow, that detail was left out of the lying preacher’s story. 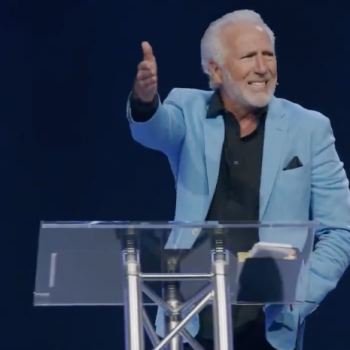 August 3, 2021
CA Pastor Tells Church: "Do Your Job as Christians" and Recall Gavin Newsom!
Next Post 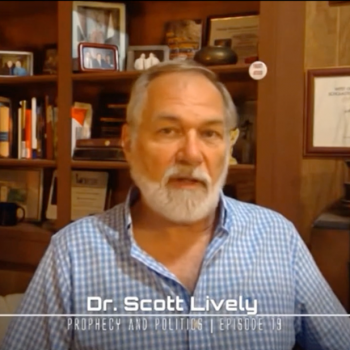 August 3, 2021 Scott Lively: If "Patriots" Lose in 2022, Christians Should "Go Underground"
Browse Our Archives
What Are Your Thoughts?leave a comment