Tomorrow, the U.S. Sixth Circuit Court of Appeals will hear a case pitting basic human safety in the midst of a deadly pandemic… against religious lunacy. 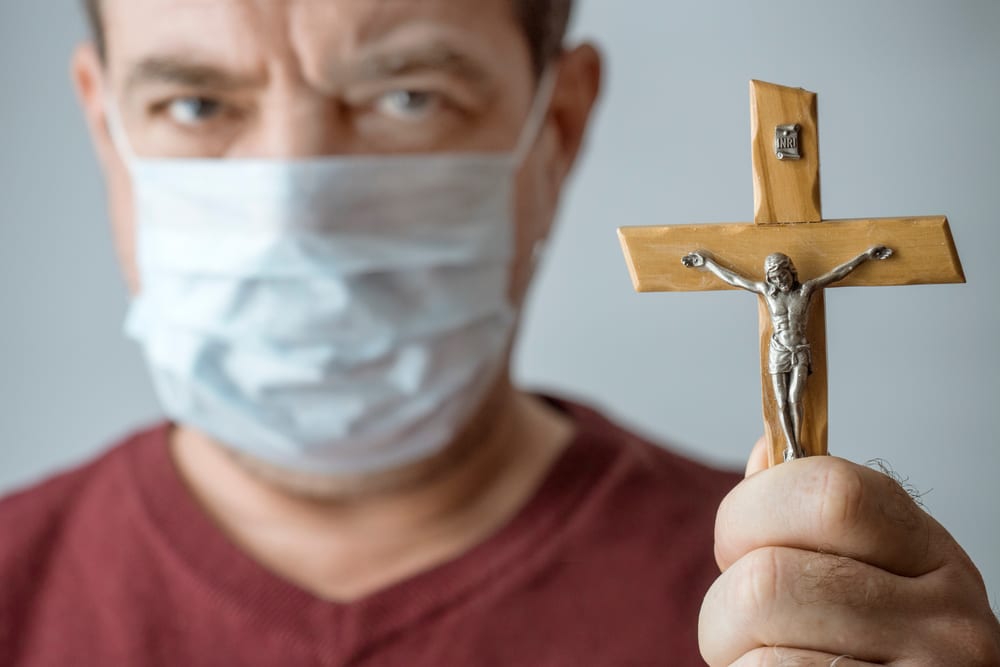 The case involves a mandate issued last year by the Michigan Department of Health and Human Services. Officials there said that elementary school students (ages five and up) were required to wear masks during the school day. That’s a perfectly sensible policy. I had my own doubts about whether kids could wear masks for a day, but I’ve been shocked to see, at least in my own life, just how easily they took to it. It’s just a part of their daily routine. It’s not a big deal. It keeps them safe — and it prevents them from inadvertently transmitting the virus to adults who may not be able to deal with the consequences.

But in October, Resurrection School (a private and apparently unaccredited Catholic school) along with two parents Christopher Mianecki and Stephanie Smith sued the state saying that the mask mandate violated their Christian faith because God can’t see the kids’ faces.

Seriously. This is from the lawsuit.

In accordance with the teachings of the Catholic faith, Resurrection School believes that every human has dignity and is made in God’s image and likeness. Unfortunately, a mask shields our humanity. And because God created us in His image, we are masking that image. Masks also make us anti-social. They interfere with relations. As the Catholic faith teaches, we are relational beings. And our existence as relational beings points to the Holy Trinity. A mask is disruptive to this essential element of the Catholic faith, and it is disruptive to the teaching of young children for these and other reasons. Plaintiffs share these deeply held religious beliefs.

Everything in that paragraph is bullshit. It’s using religion as a shield against common sense. Masks don’t shield your humanity, but the virus can take (and has taken) quite a bit of humanity. (Why can’t that same argument be made against dress codes?) Masks don’t make you anti-social; that’s just you. Masks don’t interfere with the Catholic faith; blame that on the priests who rape children.

But the sad thing is that making a religious argument against masks — since there’s no reasonable argument to make — may actually be successful because the right-wing federal courts have been far too generous with religious exemptions to following the law. That’s true the higher up you go.

The lawsuit didn’t get anywhere last year. A district court judge denied the motion for a temporary restraining order and later denied a push for injunctive relief. So the school and parents, with the support of the conservative Christian American Freedom Law Center, filed an appeal.

That appeal will be heard on Wednesday.

For what it’s worth, there are no current mandates in Michigan requiring anyone to wear masks, even if it’s highly recommended.

The whole case is just a reminder that “sincerely held religious beliefs” don’t always have to be taken seriously because even the people claiming them are just making it all up as they go along. They’ve used the same defense to justify LGBTQ discrimination, refusing to provide health care to employees, and prolong a pandemic. People who share their religion could easily make a faith-based argument against all of those things.

If the court sides with the conservatives here, the judges might as well say our entire justice system doesn’t apply to people of faith. Don’t like a law? Just say your God doesn’t approve and you can ignore it. 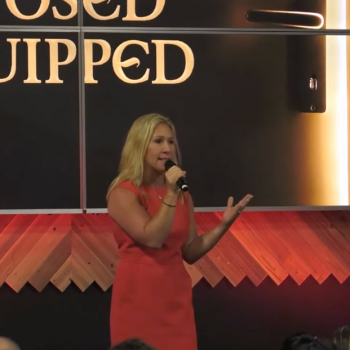 July 20, 2021
GOP Lawmaker: American Churches Are "Basically Dead" (But Not Conservative Ones)
Next Post 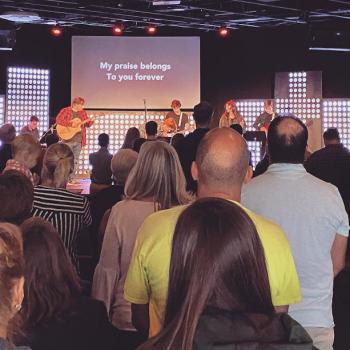