Evangelical Writer: We Must Thank the Christian God for Capitalism July 16, 2021 Beth Stoneburner

Evangelical Writer: We Must Thank the Christian God for Capitalism

The Gospel Coalition’s editor Joe Carter has written a post that has managed to anger many Christians.

That’s because Carter says one way to glorify God is to honor capitalism. 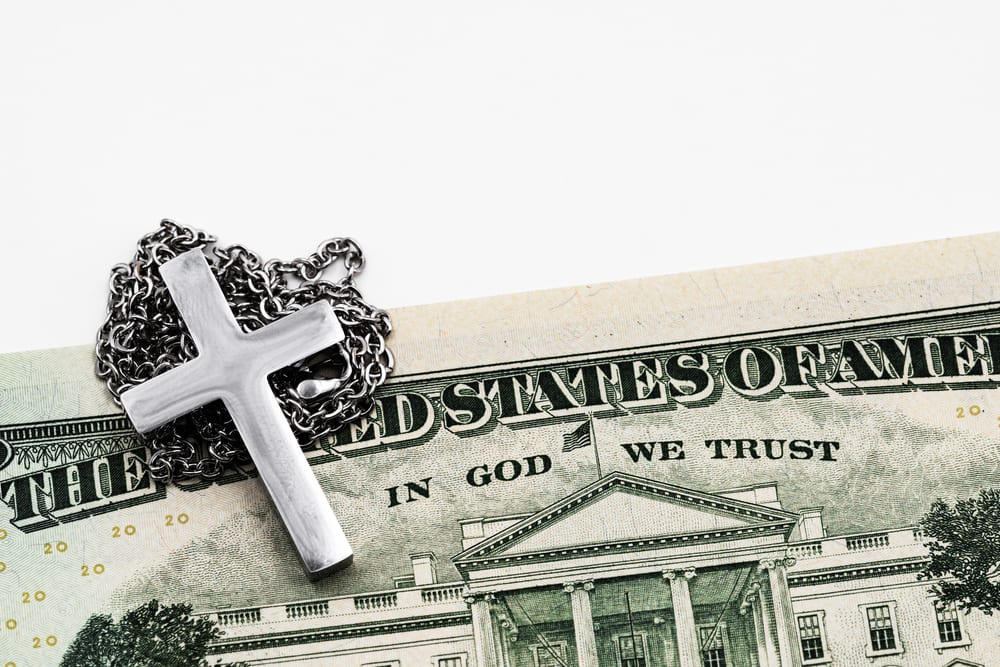 When Christians think of the majesty of God’s handiwork, we tend to think of the visible aspects of nature. We agree with King David that “The heavens declare the glory of God, and the sky above proclaims his handiwork”… But there are intricate and beautiful aspects of God’s creative genius that we don’t often think about — or don’t think about as being created by God.

Take, for instance, the price system. In its most basic sense, a price is merely a numeric value assigned to a product or service. But we can also say that a price is a signal wrapped in an incentive to be coordinated by God.

Humans set individual prices, but it was God who designed the price system as a means of coordinating human activity for the purposes of human flourishing.

This sounds like it was written by someone who has never been priced out of his neighborhood with increased rent costs, never worked 40+ hours a week only to be unable to afford said rent, or had to choose between groceries or medicine when the budget will only (barely) cover one. The price of any given object or service does not “reflect the value consumers think it is worth,” a statement made by an economist and cited by Carter, but rather often reflects whatever price its producers think they can fetch for it to make them a profit. That’s why certain pharmaceutical drugs, designer clothes, etc. can be priced well outside the range most people can afford. That price-gouging is driven by one thing and one thing only: greed.

Why does Carter think that’s supposed to honor the Christian God?

He acknowledges some of the trappings of capitalism, but he dismisses those concerns as irrelevant for his thesis:

Too often we think about prices only when we are buying or selling something, and the price system only when it has been corrupted and abused. Such a narrow focus causes us to miss out on seeing the beauty and intricacy of God’s use of the price system for communication and coordination. God knows and cares about what may seem like trivial issues (such as whether you like ketchup on your fries) and has provided a way for our neighbors to help meet those needs.

You mean, communication and coordination that looks like this?

AMERICAN PEOPLE: Since elected officials claim to care so much about children, how about you make childcare more affordable for the average family?

Not sure where in that conversation we should be thanking God.

Friends and neighbors aren’t always able to help you meet your needs, either. Who knows if Carter understands that.

As with most good gifts given by God to humans, we are able to corrupt it and use it in ways that harm our neighbors. Yet for the most part, the price system is an ingenious method of communication that has been used to improve the human condition.

The next time you say a prayer of thanks for your daily provision, remember to also thank God for the ingeniously complex system he created to get your daily bread to you.

Price systems exist in non-Christian communities, too. There’s no need to praise God for basic math that, especially today, can get out of control.

God isn’t responsible for capitalism. But if you want to thank Him for it, it sounds like a convenient excuse for many conservative Christians to justify their exploitation of the poor. 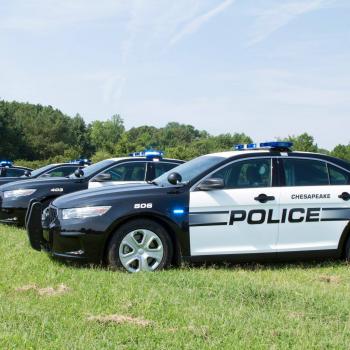 July 16, 2021
Chesapeake (VA) to Add "In God We Trust" to Vehicles to Stop "Divisive Rhetoric"
Next Post