Pastor Celebrates a Future Genocide, When God Will “Kill Wicked Men and Women”

Pastor Kent Christmas (his actual name) of Regeneration Nashville made headlines months ago when he commanded the “spirit of homosexuality” leave children. Which is not how anything works…

During a July 4th event that he organized, the deranged pastor claimed Donald Trump was actually president and won “by about 80 million votes.” (Even if that’s a misstatement, Trump got about 74 million votes, not 80 million. He lost by about 7 million votes altogether along with the more important 74 Electoral College votes.)

And then Christmas claimed everyone who opposed his version of Christianity would be murdered by God.

“‘Get ready,’ says God, ‘for there is an apostolic army of angels that’s being released in the atmosphere,’” Christmas declared. “One of the things that we have been bereft of up in the kingdom of God is that we have set angels on the sidelines. And the Bible says this: that angels are ministering spirits for the kingdom of the Lord. When you go back and you read the scriptures, one of the things that’s going to happen before Jesus Christ comes back — the first thing that’s going to happen is the Bible said that God is going to release angels into the Earth and they are going to remove those that offend and commit iniquity in the body of Christ. And there is a death release from God that’s getting ready to hit the wicked — I’m not talking about spiritual death; I’m talking about natural death — that God is going to begin to kill wicked men and women in this nation that have stood and opposed the authority of the Holy Ghost.”

Nothing like a pastor celebrating God’s next genocide against Jews, Muslims, atheists, progressive Christians, and everyone else he thinks are ideological enemies. Joke’s on him, though. We got our COVID shots. We’re not the ones in peril. We don’t need to fear the fashion police, either.

Can you imagine the right-wing outrage if Muslim leaders were caught saying half the shit these pastors do every week? And yet Christians continue going to their churches because none of them are bothered by this kind of biblical rhetoric.

July 15, 2021
Preacher: I Lost My Passport and Have to Wait for a New One. THAT'S PERSECUTION!
Next Post 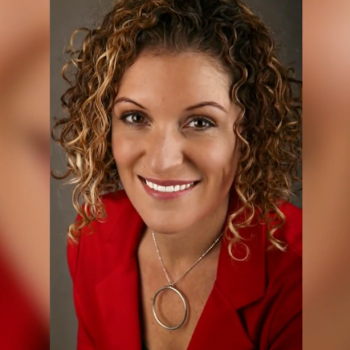