The “Census of American Religion” Shows Why Evangelical Christianity is Doomed

The Public Religion Research Institute (PRRI) has just released their findings from a massive survey that they’re calling the “Census of American Religion.” It gives us a snapshot of what people believe and where they live across the nation; unlike previous surveys, this one gets granular, giving us county-level information on religious diversity. PRRI says this report offers “the most detailed estimates of American religious affiliation since the U.S. Census Bureau last collected religious data back in 1957.”

So what are the major takeaways? You can read the full report here but here’s what stood out to me: 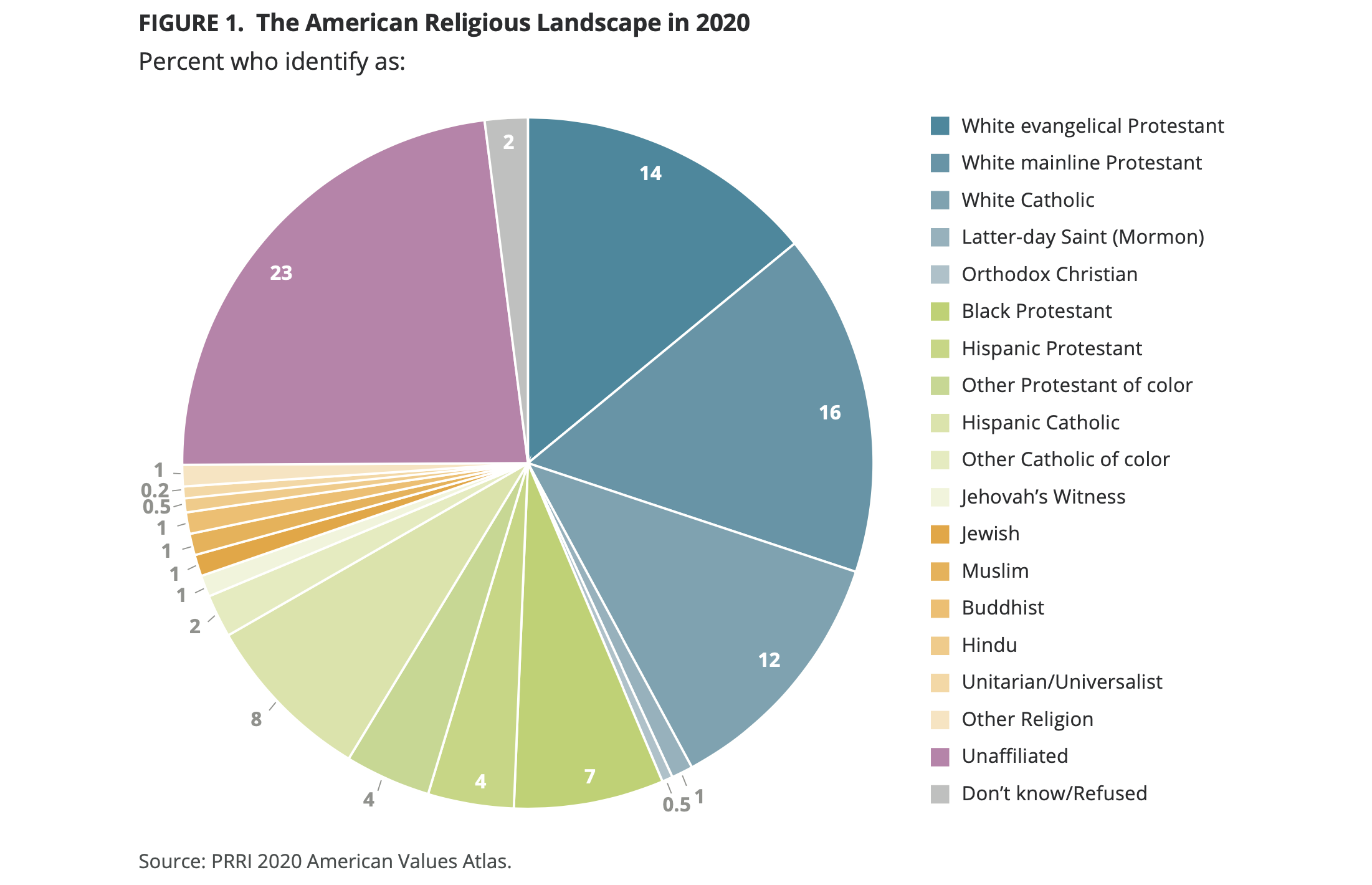 This seems roughly in line with what other surveys have found. But I would keep in mind that these results are self-reported. People told the researchers they were evangelical, Muslim, not affiliated with any organized religion, etc. I would suspect, then, that the non-religious numbers are under-reported because a lot of Americans still feel a stigma when it comes to admitting they have no religious faith. 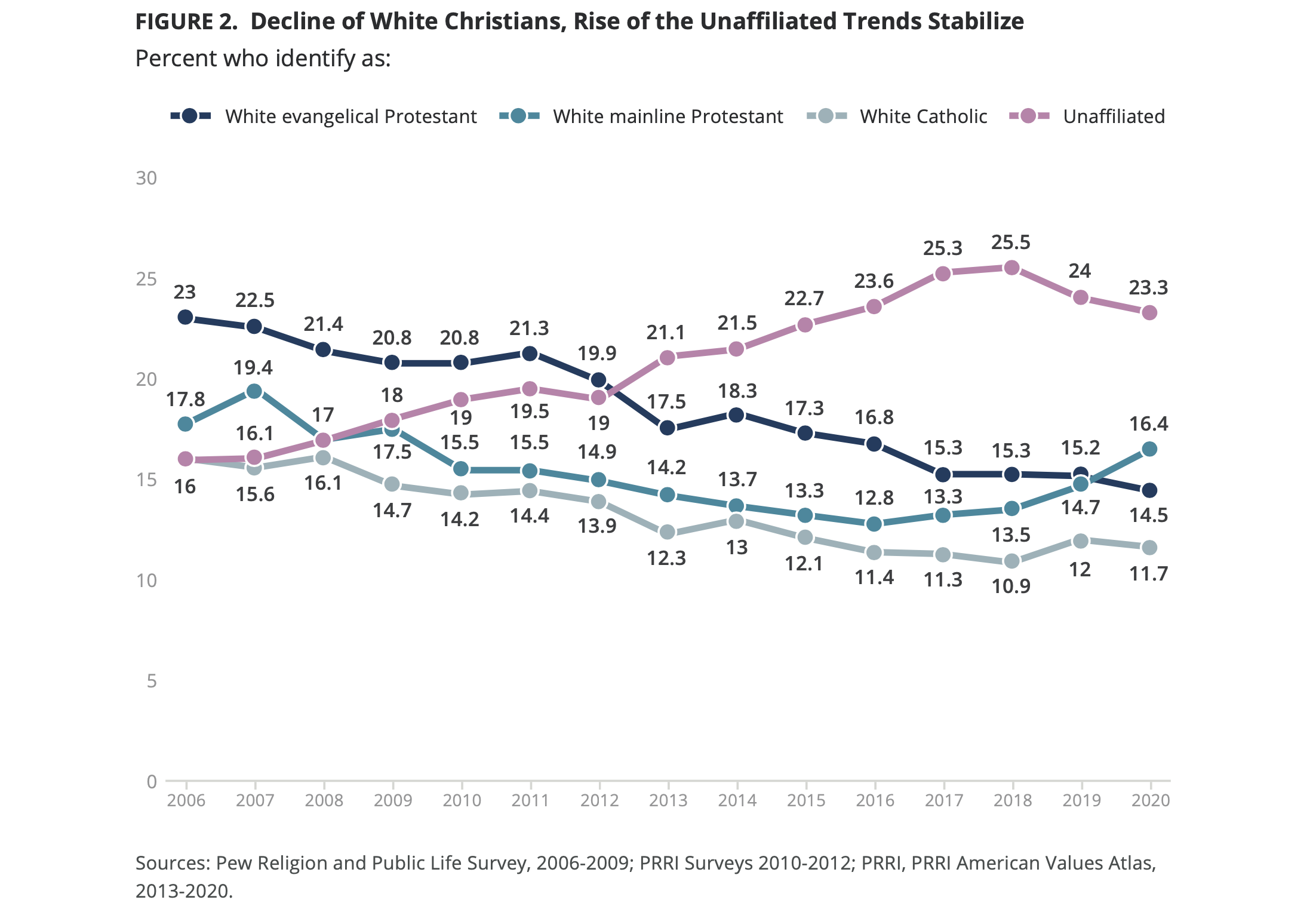 It’s not clear why the Unaffiliated numbers are dipping, but it’s not like people who find religion are all heading over to the most problematic group of Christians in the country. It’s possible some of those nebulous Nones find a home in more progressive Christian circles. 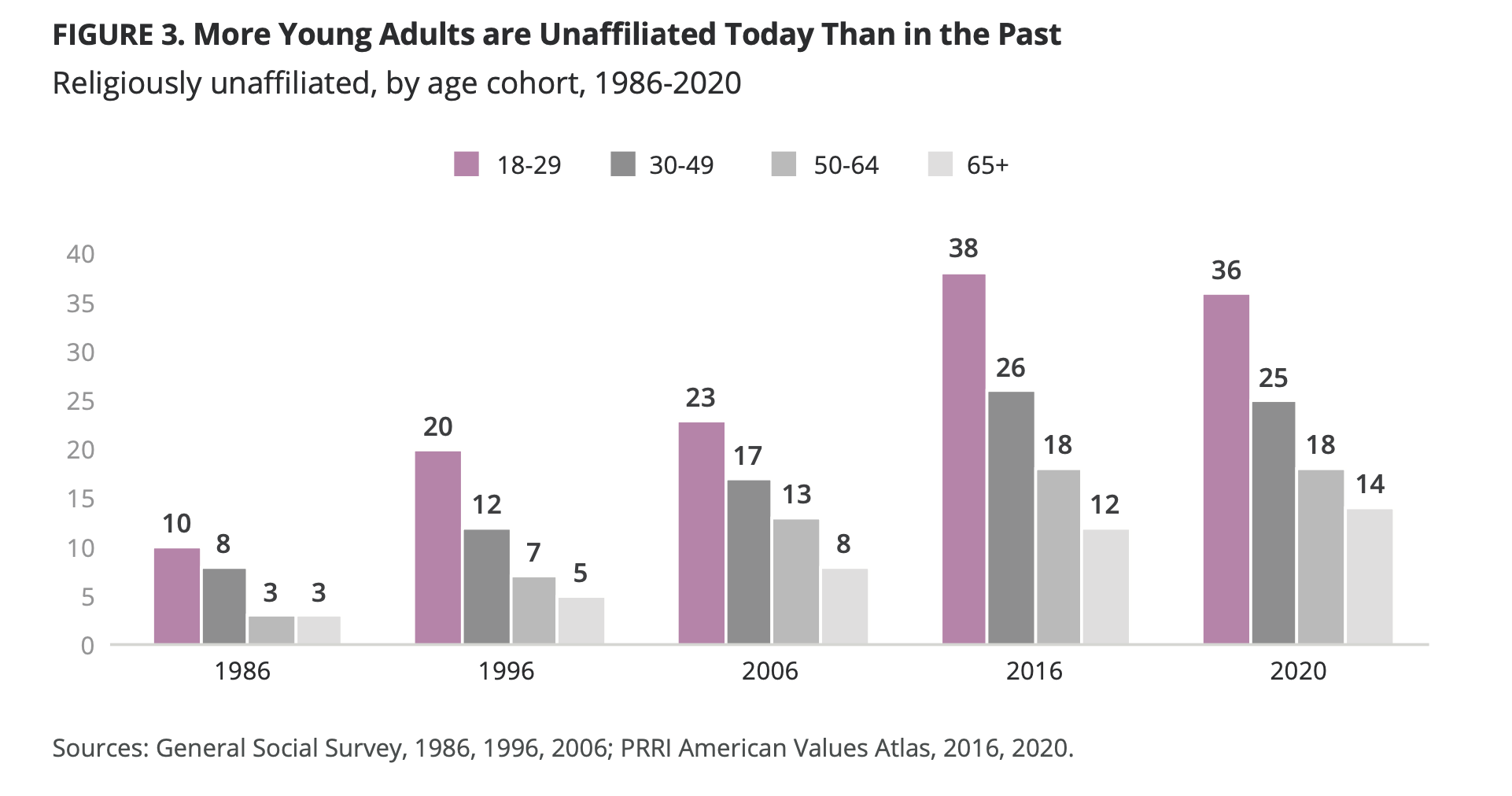 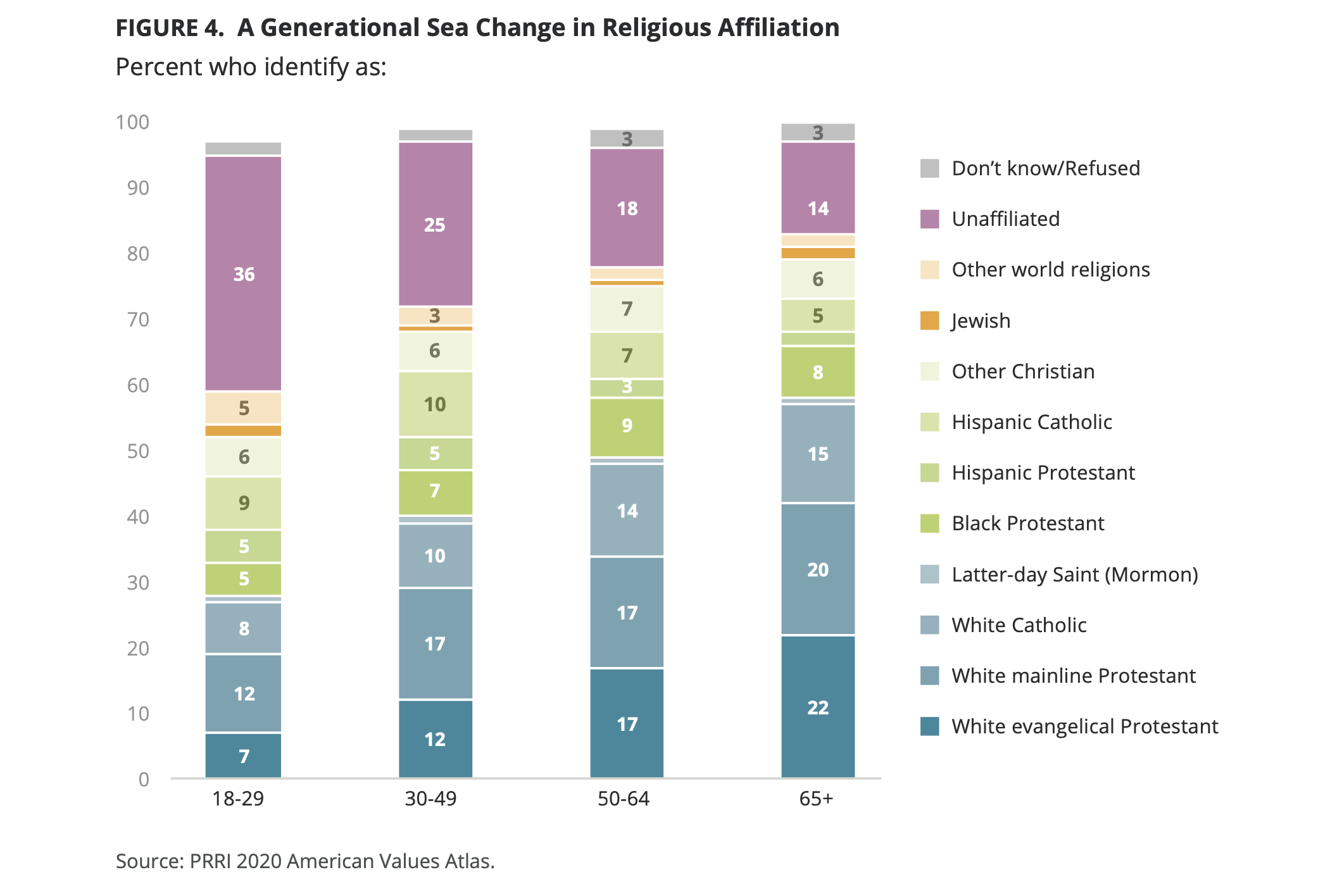 If I were a pastor, this might be the most troubling result in the survey. The future does not look good for organized religion, especially white evangelicals, as younger Americans who grew up surrounded by racist, sexist, anti-science, pro-MAGA, pro-cruelty Republicans decide they want nothing to do with a religion that finds Trumpism acceptable. More than a third of Americans under 30 and more than half of Americans under 50 are fed up with organized religion. What happens when those groups get older? Maybe those numbers dip, but they’re presumably going to be “replaced” by an even less religious cohort in those younger age groups.

(If you’re questioning the slight drop-off at the end, look at the years of those results. They’re snapshots taken every ten years, but that final one is the most recent and therefore very close to the last snapshot from 2016. In other words, let’s see what happens by 2026.) 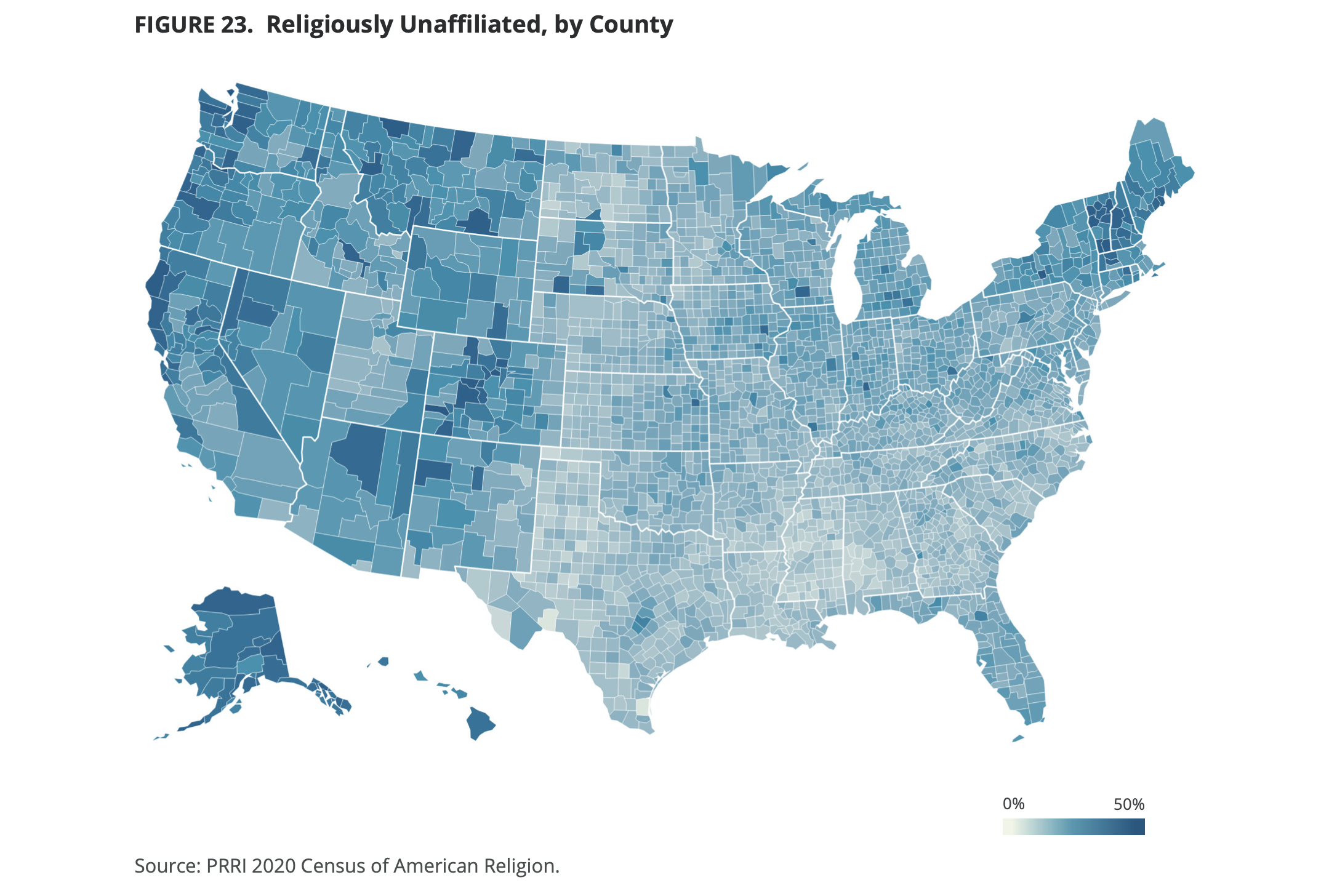 I’m sure if you mapped liberal-leaning counties in a similar way, you’d find the same map. When you’re surrounded by more people and exposed to more diversity, it shouldn’t surprise us that no single religion can infect everyone; it’s also safer to be open about your lack of faith. (You can look around that map here for more details.)

The founder of PRRI also noted another takeaway worth mentioning here:

“Analysis of the religious identities of the two political parties reveals an increasingly homogeneous Republican Party, comprised overwhelmingly of white Christians, even as the country continues to become more diverse,” noted Robert P. Jones, CEO and founder of PRRI. “In terms of racial and religious diversity, self-identified Democrats look like 30-year-old America, whereas Republicans look like 70-year-old America.”

If we can find a way to make it through the next few years with our planet and American democracy intact, there’s hope for the future. 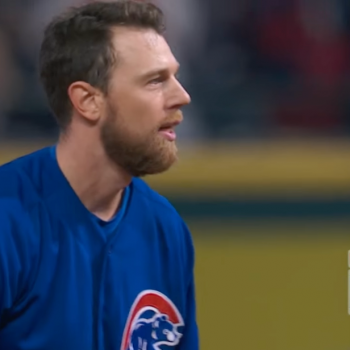 July 7, 2021
A Pastor, a Baseball Player, His Wife, and the Scandal That Won't Fade Away
Next Post