Pastor: If You Walk Away from Church, and Someone Dies, It’s Your Fault July 6, 2021 Hemant Mehta

Pastor: If You Walk Away from Church, and Someone Dies, It’s Your Fault

Right-wing pastor Perry Stone — best known for checking his phone while speaking in tongues, claiming to speak four languages at once (also in tongues), and for delivering a sermon to a bunch of puppets — is now trying to guilt-trip people into never leaving church.

In an “urgent warning” posted on YouTube, Stone told his followers that those with responsibilities in their churches should never ever leave those positions. And then as if to prove he’s running a cult, he suggested that if something bad were to happen to someone because you weren’t there to help them, their blood would be on your hands.

He said God wants you in church for a reason. What if someone wants to take his own life but God meant for you to stop it? If you're not there, the death is your fault.

… If you were called to do something — maybe you were called to help a church or a ministry, a fellowship, and that was the call where God placed you — but somehow out of offense, or what you heard, or what somebody said, or someone’s opinion, you just decided “I’m out of here,” and you left. What if you were supposed to be the person to greet that young person, or even pray for them in an altar, and see them delivered from suicide, and you’re not there, and that person commits suicide because you were assigned to be the person to reach them? This is a very, very serious thing…

Got that, Christians? If you’re currently greeting people at your church doors, but you’ve decided your pastor is spreading lies or committing acts of abuse and you’ve decided to leave that church, then someone else’s death will be blamed on you because you weren’t there to stop it.

This is cult-like behavior, telling people there’s no way out because the consequences of leaving for any reason would be too monumental to ignore. God will punish you for leaving and don’t you forget it.

Notice that none of the blame for someone’s death is placed on the pastor himself. Just the greeter or congregation member assigned to pray for that person.

Coming from a pastor who went on sabbatical from his church after acting “inappropriately” with women in his ministry, it’s even more disturbing that he’s sending this message to his own followers. 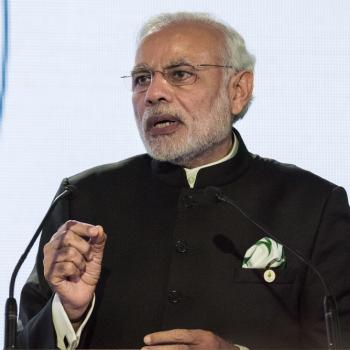 July 6, 2021 Why Is an Extremist Pastor Hosting a School Board Candidate Forum at His Church?
Browse Our Archives
What Are Your Thoughts?leave a comment