It’s no surprise that atheists are disliked in America. Study after study has found that we have a bad reputation. I would say that’s probably due to pastors badmouthing us and a general belief in the country that morality and theism are intertwined. But the end result is people don’t like us.

But an interesting new study finds that atheists typically like religious people, no matter the stripe. The same can’t be said the other way around, especially for evangelicals.

The study, published in the journal Secularism and Nonreligion, is the work of researchers David Speed and Melanie Brewster, and the results can really be summed up in this chart from fellow academic Ryan P. Burge:

Evangelicals feel the most negative about atheists, followed my Muslims, then Hindus and Buddhists are a tie.

I think it's interesting how the "nones" see these groups as very similar. They rate atheists as the same as Hindus, but both groups are slightly higher than Muslims. pic.twitter.com/cif7XaIPb4

There’s so much going on in there…

No one likes atheists — include people without any religion — but evangelicals really don’t like atheists. In fact, evangelicals have very different feelings about all sorts of religious/non-religious groups. They love Christians, sure. But Jews are a distant second, with Buddhists and Hindus just slightly better than neutral.

Atheists, on the other hand, lump pretty much everyone together when it comes to likability. Muslims are lowest on the list, but not by much and even then they’re on the positive side of the ledger. (Ironically, even the “No religion” crowd doesn’t have a ton of love for atheists.) In my opinion, these groups are all clumped together because atheists think they’re all wrong on the God question, but, by and large, we know people of faith are often good people. Ask us about white evangelicals specifically, and I would expect a very different answer these days. But Christians on the whole? They’re fine. Similarly, whatever you think about Muslim extremists, Muslims in the U.S. are often victims of religious bigotry, not perpetrators of it.

I would also suggest that these are not groups trying to force their theology on the rest of us, so we have no reason to “like” Hindus more or less than religious Jews. But go to a mainstream church service and it wouldn’t be unusual to hear a sermon denouncing atheists as immoral and non-Christians as worshiping false prophets. No wonder Christians have strong feelings about these different groups.

The researchers have their own theories, according to Bob Smietana of Religion News Service:

Speed and his co-author argue that in-group versus out-group dynamics explain why Christians dislike atheists more than atheists dislike Christians. Christians may dislike atheists because they are seen as rivals, in the way that fans of one hockey team, say, the Montreal [Canadiens], dislike fans of a rival team, like the Toronto Maple Leafs.

But atheists lack that kind of shared identity, so they are less likely to dislike nontheists or have a reason to like their fellow atheists.

It’s kind of incredible that atheists are disliked so much, yet we don’t respond in kind. Christians like other Christians but most everyone else is out of luck. Atheists, however, are fine with you no matter who you are. There’s no prejudice. We’ll judge individuals on their merits. Sounds like a much better way of going through life. 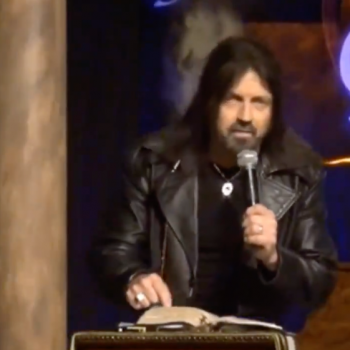