New Southern Baptist Leader: QAnon is Merely a “Fringe” Belief in the Church

In one of his first national interviews after being elected as the next president of the Southern Baptist Convention, Ed Litton told CNN’s Erin Burnett that he wasn’t worried about QAnon believers infiltrating Christianity and that those believers were only on the “fringe” of the church.

“There is a recent poll that shows 25 percent of white evangelicals believe in the QAnon conspiracy,” said Burnett, playing some clips. “CNN spoke to a retired Southern Baptist pastor in Mississippi and he said it was solid conservative thought. Pastor, have you encountered this?”

“I have not,” said Litton. “I don’t know many pastors who have. It’s a fringe problem and so almost 50,000 Southern Baptist churches, most pastors are faithfully teaching God’s word. They will open the Bible and bring messages of life to people. Conspiracy theories are across the culture. There are all kinds of fringe elements to believe a lie.“

He added that, as a pastor, it was his responsibility to teach his congregation “to not listen to fables.” (Atheists everywhere rolled their eyes.)

I take Litton’s point about how pastors ought to focus on the Bible and not the distractions, but that’s clearly never been true. Southern Baptists have essentially become a wing of the Republican Party — supporting their cruel policies and bigotry — regardless of what Jesus ever said. And while conspiracy theories are not limited to one group, QAnon is very clearly embraced by conservative Christians more than others.

Even if Litton hasn’t personally encountered it at his church, does he have any idea what’s going on at other SBC churches?

In January, the American Enterprise Institute, a conservative research group, found that “29% of Republicans and 27% of white evangelicals — the most of any religious group — believe the widely debunked QAnon conspiracy theory is completely or mostly accurate.” For the sake of comparison, only 7% of Black Protestants believed that lie.

Also in January, a separate survey from Lifeway Research (an arm of the Southern Baptist Convention!) found that 49% of Protestant pastors said they had heard conspiracy theories spread in their churches. The majority of those pastors led churches that draw in more than 250 people per service.

Those are not fringe numbers, either. If you removed QAnon believers from those churches, people would notice the disappearance. For Litton to downplay the problem as if it’s just a handful of crazy people suggests he doesn’t understand the very organization he’s about to lead.

They believe a lot of crazy shit that goes well beyond anything in the Bible. They use faith as a cover for their more deranged beliefs.

I’ve said this before, but I think it bears repeating: If church leaders are disturbed by how gullible and deranged members of their congregations are, they have the power to do something about it: They can speak out against political lies (without endorsing a candidate). They can provide mental help to members of their flocks. They can emphasize how being a follower of Jesus means never accepting lies even from people who hand you right-wing judges on a silver platter.

The problem isn’t just that white evangelicals accept QAnon. The problem is that the same kind of thinking required to be a Southern Baptist opens the door for all kinds of other baseless beliefs. You can’t just cut off one arm of the monster and act like the problem is solved. You have to get rid of the monster entirely.

If Litton doesn’t know that, this problem will overcome him before he realizes what’s happening.

Litton, by the way, was elected as a more moderate choice compared to his far more right-wing opponents in the Southern Baptist election. If anyone can steer the SBC away from the most insane examples of right-wing politics, it’s him. But unless he’s speaking out against this stuff forcefully — being an actual leader — nothing will change and the conspiracists in his fold will find reason to just ignore him.

(via Raw Story. Portions of this article were published earlier) 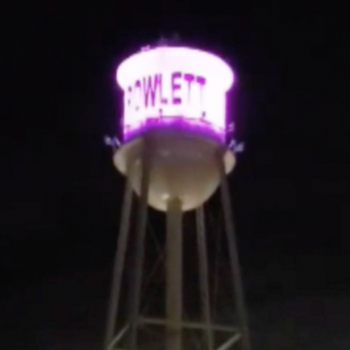 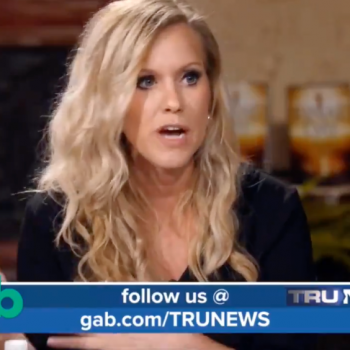