McEnany: “I Never Lied” in the White House Because I’m a “Woman of Faith”

Speaking at the right-wing group Turning Point USA’s Young Women’s Leadership Summit on Sunday, former White House press secretary Kayleigh McEnany claimed she never lied while working for the government — which is a lie — and we should recognize that because she’s a Christian.

… McEnany recalled that she had been asked if she would ever lie to the American people soon after taking the job as press secretary.

“And I said without hesitation, no,” she remarked. “And I never did. As a woman of faith, as a mother of baby Blake, as a person who meticulously prepared at some of the world’s hardest institutions, I never lied. I sourced my information.“

People of faith, of course, represent some of the most notorious liars the world has ever seen.

McEnany is no exception. As Refinery29 noted last year, she told lie after lie while working for Donald Trump.

Among them: She said the Mueller report was a “complete and total exoneration” of Trump (it wasn’t). She said Trump had a “long history of condemning white supremacy and racism,” which contradicts his entire public life. She said the kids’ cartoon Paw Patrol had been canceled (it wasn’t in any sense of that word). She also said COVID would never come to the United States even after cases were in the United States.

All that’s in addition to her multiple media appearances where she held up giant binders of purported voted fraud claims that never existed.

We know she’s a liar. She knows she’s a liar. And yet even a year ago, she used the same line about being a Christian woman as a defense against anyone who accused her of being a liar. As the video below shows, when your job is to speak for the Trump administration, you can’t do it without lying to the public.

The problem is that too many white evangelical preachers will never condemn her lies precisely because they’re too cowardly to criticize someone who constantly brings up her faith on camera. McEnany is living proof that you shouldn’t trust anyone who claims to be a Christian because it’s often just a cover for despicable people to get away with doing despicable things. But unless practicing Christians call the grifters out on it, nothing will change — and McEnany knows it. 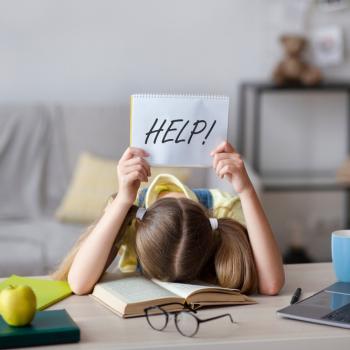 June 14, 2021
This Homeschooled Christian Was Told to Make Up Her Own Grades and Transcript
Next Post 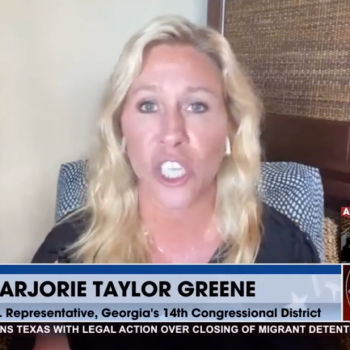