MAGA Pastor: Social Media Bans Are Just Like Getting Executed in North Korea

Right-wing pastor Shane Vaughn of Mississippi’s First Harvest Ministries, who credited Donald Trump with the COVID relief bill that not a single Republican voted for, is known for his hyperbole. But even this is absurd.

Vaughn apparently can’t see the difference between being booted off of social media (for violating the rules of the platform) and being executed by the corrupt North Korean government.

Vaughn seized on a report about a North Korean citizen who was executed for violating the state’s “anti-reactionary thought law” by selling bootleg copies of South Korean movies and music, declaring that the same thing is happening to conservatives in America under President Joe Biden.

“They want to make illegal — and they have in North Korea — any messaging that is out of sync with what the government is saying,” Vaughn said. “Somebody said, ‘Well, that will never happen in America.’ It all ready is. Control the way the people think, and then make those that think contrary to the masses — belittle them to such a place to where they’re all a bunch of freaks, they’re all a bunch of fringe, fringe people — do that and then kill them. They brought fear to those citizens that watched that man get shot and killed, and yet every day in America, YouTube, Facebook, and all of the others — which are agents of the state — do the same thing.”

“Any reactionary thought to what the government tells you is good for you; in North Korea, they line you up and shoot you,” he continued to rant. “‘In America, they don’t do that.’ Really? Do you not know that the best way to kill somebody is to shut them up, to destroy their influence, destroy their voice, destroy their credibility? That’s all you have to do. It’s the same thing. They shoot ’em in North Korea, and they kill ’em in America.”

First, YouTube and Facebook are not “agents of the state.” (If they were, maybe we could better regulate them.)

But more importantly, Vaughn claims the treatment of some conservative Christians in the United States — the ones who continuously break the rules of the social media platforms they use — is comparable to the brutal executions in North Korea. As of this writing, however, not a single conservative Christian has been executed under Biden. Pretty sure that’s not going to change.

Vaughn doesn’t care about fairness or rules. He genuinely believes that being a conservative Christians gives him (and others who share his views) an unlimited right to say and do anything, anywhere, at any time. That’s not how anything works. Getting kicked off Twitter isn’t persecution. Being unable to monetize your YouTube channel isn’t a violation of your First Amendment rights. And being booted from Facebook isn’t the same as being assassinated by a dictator.

The fact that Vaughn doesn’t realize this — and has no one telling him how wrong he is — should be disturbing to everyone. 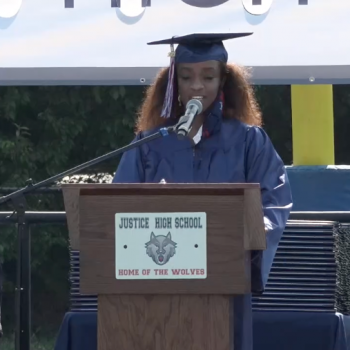 June 11, 2021
Newsmax Panel Flips Out After Student Says "Under Allah" in Pledge at Graduation
Next Post 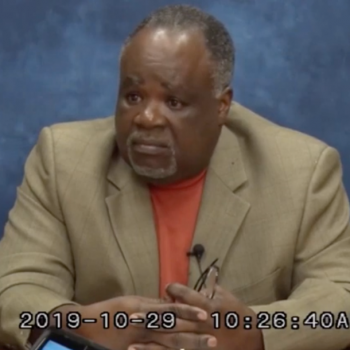