Pastor Tony Spell, the head of Louisiana’s Life Tabernacle Church who recently lost another court battle to fight life-saving COVID restrictions, used his most recent sermon to just pack as much bigotry as he could in under a minute while random men run around him in circles.

Because that’s what Jesus would do.

Right-wing pastor Tony Spell declares that "the world needs to see some manly preachers" like him because "there's enough fag, queer, skinny-jeaned, homo-effeminate, sissy preachers out there." pic.twitter.com/zvvWzF8jxF

The world to see some manly preachers. There’s enough fag, queer, skinny-jeaned, homo-effeminate, sissy preachers out there with makeup and mascara on their eyes for the camera.

But I’d rather have Jesus than silver and gold.

And nothing says “I’d rather have Jesus than money” like a pastor who wanted his congregation to hand him their stimulus checks.

It’s not just the anti-LGBTQ, anti-woman rhetoric that should be a problem for the despicable people in this church. It’s the idea that churches don’t have enough Real Men™ preaching and that they’re not living up to Christian standards unless they’re following Spell’s death-cult ways. How many gullible church members have to suffer at the hands of a grifting preacher before they realize they’re being led to the slaughter? 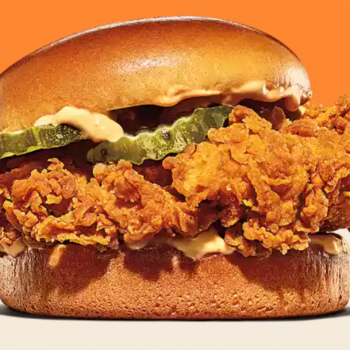