As a Church Hosted a Christian Hate Group Leader, Protesters Got the Final Word

But there was a crowd of more than two dozen protesters outside trying to let the congregation know more about Perkins’ bigoted views.

Was it effective? It certainly captured attention from the media — which is important — and that allowed the organizers to make clear that their problem wasn’t preaching. It was the promotion of hate.

“This is not a protest against Christianity,” said organizer Carly Fox, a Castejilla High School history teacher. “I identify strongly with who Christ was in the world. For me, it is for so-called Christians to be more Christ-like.”

Calvary pastor Mike McClure didn’t help his case at all when he told local media that his church and Perkins were all about love:

“Tony Perkins is a pastor of the gospel of Jesus Christ and loves people — all people,” Calvary pastor Mike McClure said in an email to the Bay Area News Group. “Our church is filled with people all over the world from every kind of background and we have this one thing in common—we have experienced the cleansing power of the blood of Jesus Christ. Period.”

That’s one way to whitewash all of Perkins’ horrific past comments. If McClure can overlook Perkins’ bigotry, how can anyone expect his congregation to know any better? Perkins has linked homosexuality and pedophilia, claimed gay people try to “recruit” kids, and denies the existence of transgender people.

Apparently McClure and every member of his church share all those hateful views since they have nothing to say against them. And that doesn’t even get into the links to white supremacy that are visible in Perkins’ past. “Love” is not a word that’s consistent with his public image.

Meanwhile, the church has its own problems, having spent the past year trying to kill off its own congregation (and the community) by hosting indoor, in-person, mask-free, not socially distant services. They owe over $1 million in fines from the county for violating public health restrictions.

A horrible church hosted a horrible person, and dozens of decent people (including Christians) tried to sound the alarm for anyone willing to listen. Let’s hope some of that got through — if not to the church members, then at least to the people hearing about the protest. 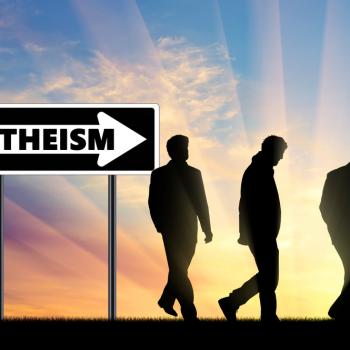 June 7, 2021
Here's a Troubling Roundup of the Rightward Drift of Many "New Atheists"
Next Post 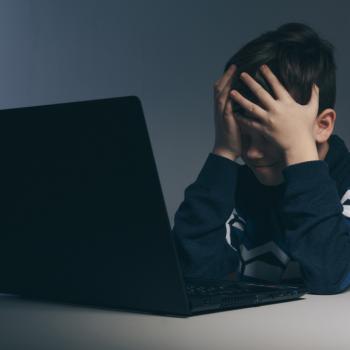