Wisconsin Diocese Asks Anti-Vaxxer Priest to Resign, But He Refuses To Go

The Diocese of La Crosse in Wisconsin has called for the resignation of Rev. James Altman after months of him spreading batshit crazy conspiracies and making the Catholic Church (somehow) look even worse than usual.

Altman made national headlines back in September after making a video claiming that True Catholics™ couldn’t be Democrats. He also referred to climate change as a “hoax.”

Things got worse last month after Altman, the head of St. James the Less Catholic Church, held jam-packed Easter services during which he put communion wafers directly in the mouths of members.

He also handed out church bulletins that denounced COVID vaccines as “an experimental use of a genetic altering substance that modifies your body — your temple of the Holy Spirit.” That page also used “guinea pig” to describe people who received their shots.

While there are always exceptions like this, the Catholic Church has been fairly responsible in its handling of COVID, at least in the sense that Pope Francis said no one should oppose COVID restrictions under the guise of “religious freedom” and encouraged everyone to get vaccinated.

Now it seems the Diocese of La Crosse is fed up with Altman’s Trumpist tendencies. They asked him to resign a couple of weeks ago.

Altman announced the news during his sermon Sunday, which was recorded and posted to YouTube later in the day, stating that his lawyer is challenging Bishop William Callahan’s request.

“As the Bishop has stated to me: I am ineffective. So for the record dear family, Bishop Callahan has asked me to resign as pastor as of this past Friday, two days ago, because I am divisive and ineffective,” Altman said.

Audible “no” sounds from the crowd can be heard during the video.

“Divisive” is an understatement. “Ineffective” is too polite. He’s a liar and a threat to public health who has no business leading a Bible study, much less an entire church.

Altman is challenging that decision, claiming it violates canon law. An online fundraiser on his behalf has already raised over $325,000 as of this writing. What that money will be used for is anyone’s guess; the fundraiser even says Canon lawyers cost $250/hour, but it’s not like this is that complicated a case…

A lot of Catholics seem to care far more about protecting an anti-vax climate-denying leader than they will ever care about victims of child sexual abuse.

Over the past week, he’s insisted he’s not stepping down:

Altman expressed his resistance to the resignation request, stating, “Bring it on. Because you can’t silence the truth… They can temporarily kill it, like they did Friday, but the truth rises again and the truth has its day.”

Altman then stressed, “I’m still the pastor and I don’t have any intention to resign.”

At this point, every day he remains a working priest is another day the Catholic Church is putting members in danger. It’s rare for the Church to push out a problematic priest, but it’s even rarer for a priest to demand to stay because he mistakenly thinks he’s owed a spot in the priesthood despite trying to kill off his own flock.

(Thanks to everyone for the link. Portions of this article were posted earlier)

June 3, 2021
A Southern Baptist Leader Condemned the SBC's Racism and Abuse, But He's No Hero
Next Post 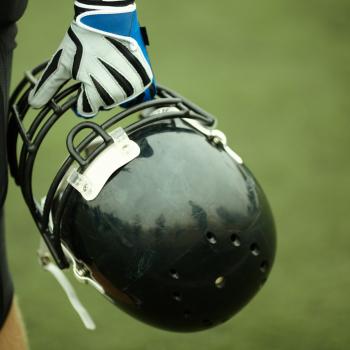