An Atheist Group in Kenya Says One of Its Leaders Converted to Christianity May 31, 2021 Hemant Mehta

Over the weekend, the group Atheists in Kenya announced that one of its officers, Seth Mahiga, had become a Christian and was therefore resigning from the group. The group’s president Harrison Mumia made the announcement in a press release:

This evening, regretfully, our Secretary Mr. Seth Mahiga made the decision to resign from his position as Secretary of our society.

Seth's reason for resigning is that he has found Jesus Christ and is no longer interested in promoting atheism in Kenya.

This evening, regretfully, the Secretary of the Atheists In Kenya Society Mr. Seth Mahiga, informed me that he has made the decision to resign from his position as Secretary of the society.

Seth’s reason for resigning is that he has found Jesus Christ and is no longer interested in promoting atheism in Kenya.

We wish Seth all the best in his new found relationship with Jesus Christ. We thank him for having served the society with dedication over the last one and half years.

The position of Secretary of the Society has been rendered vacant. We are calling upon Kenyan atheists who would wish to join our Executive Committee to send their CVs to info@atheistsinkenya.org.

It doesn’t matter if you’re familiar with the group. The broader story here is that a locally prominent atheist is switching sides. No wonder it got a lot of media attention in the country.

But there’s a more important story all these articles are ignoring.

Notice how Mumia handles the situation. He just explains what happened, wishes Mahiga the best, thanks him for his service, and says there’s an open position in his group’s leadership for anyone interested.

There’s no mockery. No threats. No calling on group members to shun him. No drama.

So many times, when people (especially pastors) leave their churches, there’s legitimate concern over whether they’ll be able to maintain friendships, much less the social safety net many churches provide. It’s the main reason so many doubters don’t walk away from religion immediately; they can’t afford to lose those ties.

That doesn’t seem to be the case here. If someone had a change of mind, this is the responsible way to handle it. I don’t know what caused Mahiga to become a Christian — whether it was a quick change or something that took months to accept — but if that’s where he’s at, it’s important for the atheists in this case to treat him with respect regardless of what they think about his decision. That’s exactly what they did. 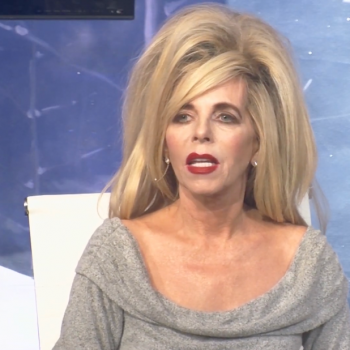 May 31, 2021
Gwen Shamblin Lara, a Diet Guru Who Led a Christian Cult, Died in a Plane Crash
Next Post