IL GOP Lawmaker: We Need Fair Maps Because There Are “Tampons in Male Bathrooms” May 30, 2021 Hemant Mehta

IL GOP Lawmaker: We Need Fair Maps Because There Are “Tampons in Male Bathrooms”

I live in Illinois, one of the few states where Democrats control the government, so it’s almost entertaining to hear Republicans complain about the need for independent redistricting considering it’s the GOP that’s gone wild with gerrymandering throughout the country. It’s the reason Republicans support voter suppression bills — preventing people from voting is their only chance to gain seats in Congress.

Still, even if political maps were designed by an independent commission, Democrats in Illinois would almost certainly have a majority in the legislature because land doesn’t vote and most people in and around the largest cities in the state vote blue.

But that didn’t stop Republican State Rep. Andrew Chesney from saying on the House floor that independent maps were needed. His justification, however, had nothing to do with fairness. He was just mad that Democrats supported civil rights for trans people and passed a comprehensive sex education bill.

… How the hell do we get tampons in male bathrooms? How does that happen? That’s because you don’t have an independent map.

Voting booths in county jails. How does that happen? How does that happen? You need to have an independent map, you need to have a fair map. You can’t let politicians — this is what happens when you let politicians pick their voters. They get to vote in county jail. How about for illegal immigrants, the right to vote for their college trustees? That’s legal in Illinois as well.

None of that is a convincing pitch to reasonable people.

Again, to his main point, an independent map wouldn’t lead to many more Republican bigots like him in office. Chesney’s brand of Trumpism is still widely unpopular in the state. It’s the reason someone like GOP Congressman Adam Kinzinger, a Republican who’s been critical of Trump even when he’s been wrong about most everything else, thinks he has a shot at becoming Illinois’ next senator or governor.

That said, if the Republican Party as a whole supports banning partisan gerrymandering throughout the country, I’m all for it. If Chesney actually cares about this issue, what’s he doing to push his party to get rid of it everywhere? Until they do, his whining means absolutely nothing. Democrats must play by the same rules as Republicans, not fold because it’s the right thing to do. Republicans routinely cross the line — with “surgical precision” in certain cases — and they’ve benefitted from it much to the detriment of the country.

It’s telling that a Republican lawmaker is upset about it only when it seems to help the other side.

Chesney, by the way, is also an anti-vaxxer who’s routinely tried to stop vulnerable populations from getting vaccinated. Not a smart guy. Just a jerk who got elected because he represents one of the most rural parts of the state. 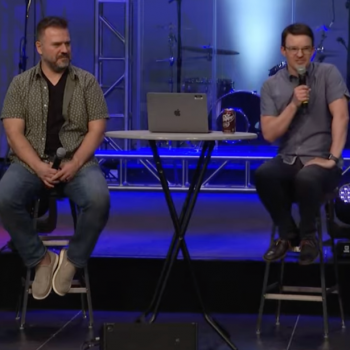 May 30, 2021
Willow Creek’s Leaders Are STILL Praising the Church's Abusive Founder
Next Post 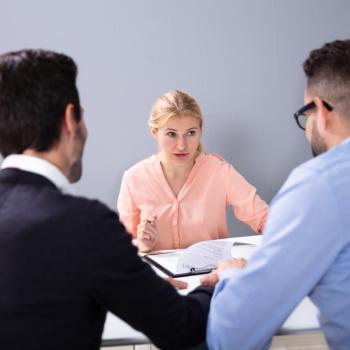