Family Speaks Out Against Hate-Preacher Whose COVID Lies Led to Uncle’s Death May 28, 2021 Hemant Mehta

Well, that didn’t go well for him.

Earlier tonight, CNN aired a segment about Christian Hate-Preacher Greg Locke, who has spent the past year at his Global Vision Bible Church in Tennessee downplaying the seriousness of COVID, urging his congregation not to get vaccinated, and ignoring public health precautions.

Unfortunately, at least one of those church members took him seriously.

Reporter Elle Reeve spoke with a family whose members attend Locke’s church. Uncle Coburn Kennedy was one of them. He caught COVID but didn’t think it was a big deal because of everything Locke said. He died of the disease last month.

The pastor preaching lies about Covid-19 and vaccines and the family grieving the loss of the loved one that went to his church and believed the mistruths with deadly consequences. @elspethreeve reports from Tennessee. pic.twitter.com/WLKJ1Ji50l

One of his nephews couldn’t even watch clips of Locke’s recent sermons without needing to take a break. (“I gotta take a break… and take a Xanax. I’m serious. My pulse is out the roof right now.”)

Locke didn’t do himself any favors by refusing to speak with CNN. They ended up showing clips of his sermons — including his lies about a previous CNN segment on him — and all of it just made him look like another Christian liar. Probably because he is, in fact, a Christian liar. And because he was too much of a coward to get in front of a camera for once in his life, those clips got the last word, not whatever pathetic excuses he would have offered.

As I’ve said before, Locke’s sermons don’t do him any favors. He comes across as a stereotypical huckster who leads an all-too-gullible flock. And despite all his claims that no one at his COVID-denying church died of the virus, the entire segment revolved around someone who did.

Let’s hope other church members get the message before it’s too late.

I spoke with one of Kennedy’s family members who did not appear in the CNN segment. She told me tonight that she appreciated the reporting because “it showed how that church has torn my family apart and I feel like it gave a voice to my uncle for everyone that said he hadn’t passed [from COVID].”

As of this writing, Locke hasn’t reacted to the segment. 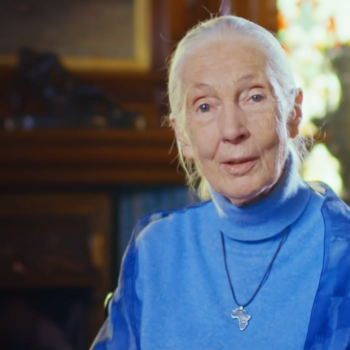 May 28, 2021
Anti-Evolution Christians Are Mad That Jane Goodall Won the Templeton Prize
Next Post

May 29, 2021 Disgraced Baptist Leader Allegedly Stole Artwork and Donor Lists from Seminary
Browse Our Archives
What Are Your Thoughts?leave a comment