The day after the attempted insurrection on January 6, former Minnesota congresswoman Michele Bachmann blamed it all on “paid rabble-rousers.”

Over the weekend, during an interview with evangelist Jan Markell, Bachmann reiterated her lie that liberals were responsible for the Capitol coup.

“Jan. 6, we’re all told that that’s the worst day that ever happened, these were the worst riots in America,” Bachmann said. “It absolutely wasn’t. It is my opinion that this was a theatrical event that the progressive left put on. The individuals who were the instigators, who brought this about, these were agitators brought in to create this problem. I believe it was specifically done to rebrand Donald Trump as being an insurrectionist and a leader of a terrorist movement. I also believe that this was done to rebrand the Make America Great agenda — because remember, that was considered extremely popular by about 80 million Americans — so they wanted to rebrand Make America Great as an evil thing and those of us who supported Donald Trump and that agenda as evil and terrorists.”

Does she know there are pictures of the attackers? And words they posted online? And indictments against them? And dead police officers?

Liberals didn’t have to do a damn thing to undermine Trump’s presidency; he did that just fine on his own. Nor did liberals need to make his supporters look evil; they did that themselves without prompting or shame. And liberals certainly didn’t need to stage a riot after they beat Trump in the election!

These Republicans are trying to rewrite history before the smoke has even cleared. They amp up their rhetoric but refuse to take responsibility for people who take them seriously. For all their support of the Confederacy and their desire for a new civil war, the events of January 6 were the closest they’ve come to making that fantasy a reality.

And much like the Civil War, they lost again. But instead of admitting defeat, they’re trying to pretend the people protecting democracy are the real problems.

May 27, 2021
Christian Hate-Preacher Does Damage Control Before CNN Story on His COVID Lies
Next Post 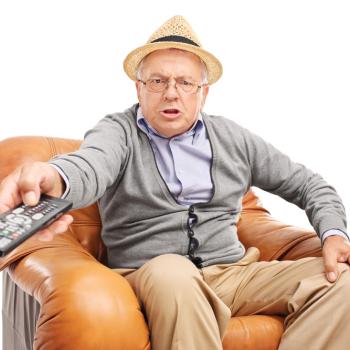