In Manitoba, due to the scary uptick in COVID cases over the past few months, current restrictions prohibit all indoor gatherings (including religious ones). The crisis is so bad there that health officials have had to send hospital patients to neighboring Ontario.

Yet despite all that, graduates of Springs College, a Christian school affiliated with Winnipeg’s Springs Church, were seen celebrating inside the church doors without social distancing or face masks. Church leaders practically bragged about how they were ignoring health restrictions by posting pictures of the ceremony online — much to the chagrin of people who actually care about human life.

“That event was an insult to every single Manitoban who has struggled and suffered to follow the rules over the last 14 months,” said [Manitoba Liberal Leader Dougald] Lamont in a statement. “Springs Church should be padlocked and its leadership should face the maximum fines until they can demonstrate they can act like responsible, law-abiding adults.”

On Saturday night, Senior Pastor Leon Fontaine issued a statement insisting all protocols were followed… but the pictures available online tell a very different story from the one Fontaine is putting forth. He said that “at no time were members of the public in attendance to this TV shoot inside our studio”… but that ignores the fact that a bunch of young people, who may or may not be vaccinated, could still catch the virus and spread it when they go back home.

Forget their health. These idiots still exist in a society where innocent people could suffer even more because of this church’s faith-based irresponsibility. All in a province that’s currently dealing with a massive COVID scare.

The story is also infuriating a number of other high school and college graduates who had their ceremonies canceled in the name of public health.

Many took to social media to chastise Springs, including parent Jodi Lee from Portage la Prairie. Instead of a ceremony, her son will likely receive his diploma in the mail.

“I showed him the pictures and he just shook his head and he said, ‘How is this fair mom?'”

“It’s just a blatant slap in the face to every other grad,” Lee said.

Apparently being Christian means not giving a damn about anyone else.

This is the same church, by the way, that was fined more than $32,000 last year for breaking COVID restrictions, then sued over a provincial health order prohibiting in-person gatherings. They lost that battle, too. The judge literally had to tell church leaders that the restrictions were necessary to “prevent death, illness and the overwhelming of the public health system in Manitoba” — things the pastors didn’t care about because of their Christian selfishness.

All that’s to say these people don’t deserve any benefit of the doubt. They believe they’re above the law and that their faith gives them the right to put everyone else in danger.

If this church doesn’t receive a significant fine and its leaders don’t face serious penalties, members will never learn their lesson. They shouldn’t get a free pass just because of their faith. 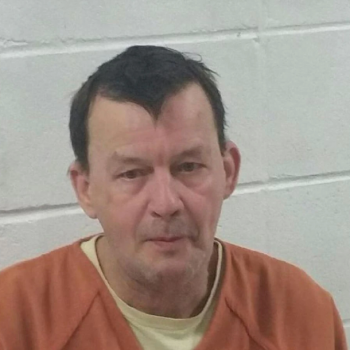 May 23, 2021
An Alabama Pastor Who Raped Multiple Children Was Released Early from Prison
Next Post

May 23, 2021 Southern Baptist Leader Condemns Rainbow LEGO Blocks: "This Is Insanity"
Browse Our Archives
What Are Your Thoughts?leave a comment