A Missouri pastor is trying to raise money for a Christian couple accused of the worst kinds of child abuse… because in some circles of Christianity, the victims don’t matter and the abusers must be protected at all costs.

This all goes back to the “Circle of Hope Girls’ Ranch and Boarding School.” Its founders, Boyd Householder and his wife Stephanie, were arrested in March on 102 criminal charges of abuse after their daughter led the charge against them on TikTok, victims shared their stories publicly, and an attorney general decided to take action.

The Householders allegedly used physical restraints against the girls in their care, holding them face down with a knee on their necks. They wouldn’t feed girls they thought were overweight. They were accused of sexual abuse, too.

It was so disturbing that the Republican-dominated Missouri legislature passed a bill (now awaiting the governor’s signature) that will finally rein in private Christian schools that previously had little to no oversight.

Things are not looking good for the Householders. At a hearing on Thursday, a judge dropped one of the counts against them… but the other 100+ still stand. If convicted, they face decades behind bars.

And yet their pastor is trying to raise money for their defense.

The Rev. Jerry Pyle, of Bible Baptist Church of Vernon County, sent a letter earlier this month to supporters of Circle of Hope Girls Ranch and its owners, Boyd and Stephanie Householder, asking for money to fund their legal defense, the Kansas City Star reported.

“I believe it is our responsibility to do what we can to aid them in clearing their names of these false, demonic accusations,” Pyle wrote in the May 7 letter.

To call these accusations “false” and “demonic” when at least 16 victims have spoken out in graphic detail about how they suffered tells you how little Pyle gives a damn about their testimonies… or evidence in general.

We don’t know how much money Pyle has raised, how much he was trying to raise, or whether there’s any chance even the best lawyers can keep the Householders out of jail. But the fact that the church community is already jumping to their defense given what we already know is appalling… and, unfortunately, not at all surprising.

May 22, 2021
Preacher: Gay People Should Wear Labels Saying "Hazardous to Your Health"
Next Post 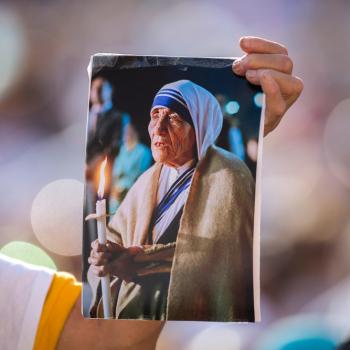