This is a bleak time for women’s reproductive rights in America after Texas Governor Greg Abbott signed into law Wednesday an abortion bill — a “heartbeat ban” — that would forbid the procedure after a heartbeat can be detected.

Senate Bill 8 would penalize physicians as well as anyone who assists with someone getting an abortion (for example, by paying for it) up to $10,000 per procedure. Lawsuits are expected before the bill goes into effect this September, but that’s also expected. These bills are designed to get to the Supreme Court so that the conservative super-majority can eventually deal a death blow to Roe v. Wade. 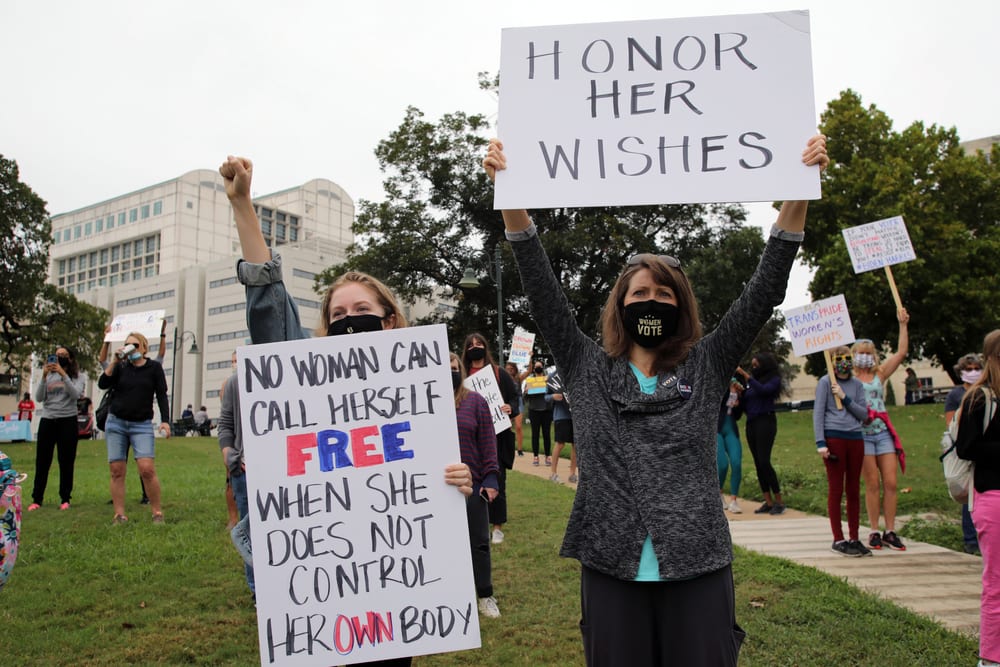 Why is this happening? If you ask the Republicans who passed it, it’s because the bill gives pregnant women the opportunity to make an “informed choice… knowing the likelihood of her unborn child surviving to full-term birth based on the presence of cardiac activity.” That may sound like it is intended to help women, but in reality, heartbeats in fetuses can occur as early as six weeks into a pregnancy, before many women even know they are pregnant.

In that sense, the “heartbeat” aspect of the bill is arbitrary. It’s just a random marker designed to ban abortions outright without saying as much. Besides, it’s far too early for a fetus to feel pain, so the only victim here is the woman who loses the window of time she would have to decide what is best for her. It also ignores the physical and mental health and safety of women (including victims of rape and incest), another hallmark of the poison that is Christian Nationalism, with lawmakers deciding their personal faith should govern citizens’ private health matters, no matter what else is happening in their lives.

That’s essentially what Abbott argued when signing the bill:

“Our creator endowed us with the right to life and yet millions of children lose their right to life every year because of abortion,” Abbott said. “In Texas, we work to save those lives. And that’s exactly what the Texas legislature did this session.”

Abbott cites the “right to life,” yet his own actions during the pandemic, like lifting a mask mandate long before most people were vaccinated, have arguably led to more deaths. He is 100% “pro-life”… until the moment a baby is born, at which point he stops caring.

But that line is a problem for another reason, He’s obviously referencing the Declaration of Independence — “We hold these truths to be self-evident, that all men are created equal, that they are endowed by their Creator with certain unalienable Rights, that among these are Life, Liberty and the pursuit of Happiness” — but that phrase allows readers to interpret “Creator” however they wish. Abbott, however, is pushing his interpretation on everyone else. This is ironic considering the Judeo-Christian God never explicitly condemns abortion or grants people the “right to life.” (Maybe because he’s too busy drowning everyone and overseeing the murder of pregnant women.)

To be clear, this ban will be detrimental to women, especially those in low income communities. (As the saying goes, abortion is always legal for wealthy women — especially when those abortions can save the lives of Republicans.) Unless the Texas legislature flips control, more people will suffer from these faith-based laws. If Republicans wanted to prevent abortions, they’d be better off promoting comprehensive sex education and easy access to contraception.

May 21, 2021
Alabama Finally Passes Yoga-in-School Bill Despite Complaints from Christians
Next Post