Sinéad O’Connor: Ripping Up the Pope’s Picture “Put Me Back on the Right Track” May 20, 2021 Hemant Mehta

Sinéad O’Connor: Ripping Up the Pope’s Picture “Put Me Back on the Right Track”

In October of 1992, singer Sinéad O’Connor was the musical guest on an episode of Saturday Night Live. She sang a cover of Bob Marley’s “War,” and at the very end of the performance, unbeknownst to anyone on the show, she held up a picture of Pope John Paul II, said “Fight the real enemy,” and tore up his image on live television. (In dress rehearsal, she had held up a picture of a refugee child.)

It was her way of protesting the child abuse rampant in the Catholic Church, long before it was on anyone’s radar. But the outcry against her and NBC was intense, and she was treated like a pariah for a long time afterwards.

It’s easy to see now that she was right all along. She understood the horrors inflicted by Catholic priests earlier than most everybody else — at least in the U.S. — and she used her platform to make a powerful statement about it. As she wrote in 2010, her only regret was that people assumed she was an atheist.

All I regretted was that people assumed I didn’t believe in God. That’s not the case at all. I’m Catholic by birth and culture and would be the first at the church door if the Vatican offered sincere reconciliation.

Now, in a profile by Amanda Hess of the New York Times, O’Connor says that incident actually strengthened her despite the fact that it appeared to be poison for her career:

… If you remember two things about her, it’s that she vaulted to fame with that enduring close-up in the video for her version of “Nothing Compares 2 U” — and then, that she stared down a “Saturday Night Live” camera, tore up a photo of Pope John Paul II and killed her career.

O’Connor doesn’t see it that way. In fact, the opposite feels true. Now she has written a memoir, “Rememberings,” that recasts the story from her perspective. “I feel that having a No. 1 record derailed my career,” she writes, “and my tearing the photo put me back on the right track.”

“I’m not sorry I did it. It was brilliant,” she said of her protest against abuse in the Catholic Church. “But it was very traumatizing,” she added. “It was open season on treating me like a crazy bitch.”

They treated her with contempt, but in hindsight, she knew damn well what she was talking about, and she used her platform to draw attention to the problem. History will give her the credit she deserves.

By the way, O’Connor converted to Islam a couple of years ago and also goes by the name Shuhada Sadaqat. If that gives her a better sense of peace, well, she certainly deserves it. 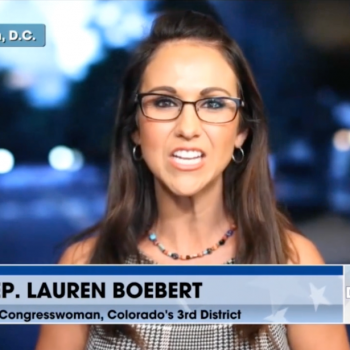 May 20, 2021
Christian Lawmaker Falsely Claims No COVID Deaths in TX Since Mask Mandate Ended
Next Post

May 21, 2021 10 Years Ago Today, Evangelist Harold Camping Wrongly Predicted the Rapture
Browse Our Archives
What Are Your Thoughts?leave a comment