Jeffress: The Supreme Court Must Complete the “Deal” and Overturn Roe v. Wade May 19, 2021 Hemant Mehta

Jeffress: The Supreme Court Must Complete the “Deal” and Overturn Roe v. Wade

During an interview on FOX News Monday night, Pastor Robert Jeffress gave away what most elected Republicans have been trying to keep a secret for years: He fully expects the right-wing justices on the Supreme Court to overturn Roe v. Wade — and make abortion extremely difficult to access for women living in red states — because that’s what those justices promised to do.

It’s not like he accidentally slipped up. There’s just no longer any reason for Republicans to play ignorant about an issue progressive Democrats have understood for years: For the justices appointed by Donald Trump, legal precedent can and will be discarded in pursuit of anything on the conservative wishlist.

… I think this is the reason, by the way, that President Trump was elected in 2016 — was because of his promise of a conservative court pick. He fulfilled his promise in 2016 and in 2020. We’re gonna see now what the justices do and if they uphold their part of the deal.

It’s one thing for a president to appoint justices (or other government positions) who share their political views. But when it comes to justices, most presidents are very careful to say the judges have no obligation to them. They were chosen for their impartiality and commitment to the rule of law.

Trump did away with that. He outsourced the selection of federal judges to a conservative legal group; it’s one of the only promises he ever kept. But even then, people like Sen. Susan Collins insisted that Brett Kavanaugh, for example, would respect precedent on abortion. It’s “settled law,” he told her, and she was either dumb enough to believe it or savvy enough to publicly play both sides of the fence.

Sen. Lisa Murkowski said the same thing about Amy Coney Barrett last year: That Roe was settled and “I don’t see her overturning the decision.”

Murkowski was also either a liar or utterly ignorant on the matter.

Democrats knew better. That’s why they opposed Kavanaugh and Barrett (as well as previous justices appointed by Republicans).

And now here’s Jeffress saying overturning Roe is part of the deal, the reason they were nominated in the first place.

On Thursday, the Supreme Court said it would hear a case that has the potential to ban abortions after 15 weeks of pregnancy. The case was brought forth by Alliance Defending Freedom, a group that openly says its goal with this case is to “eradicate Roe.”

We should brace ourselves for a sweeping decision that punishes women living in red states across the country. Not because the law requires overturning Roe, but because that’s always been a primary focus of the right-wing legal movement. The justices they’ve promoted for years might not say it out loud, but Jeffress and Democrats understand how this is part of a long-term strategy that is finally about to pay off for Republicans.

Unless Democrats can expand the court in an effort to depoliticize it, find some other way to decrease the influence of the Court’s conservative super-majority, or use the inevitable decision to spur voter turnout in 2022, this won’t end well for anyone who believes women ought to be in control of their own bodies. 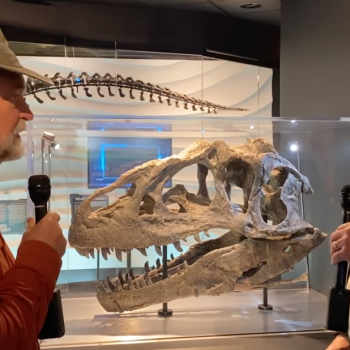